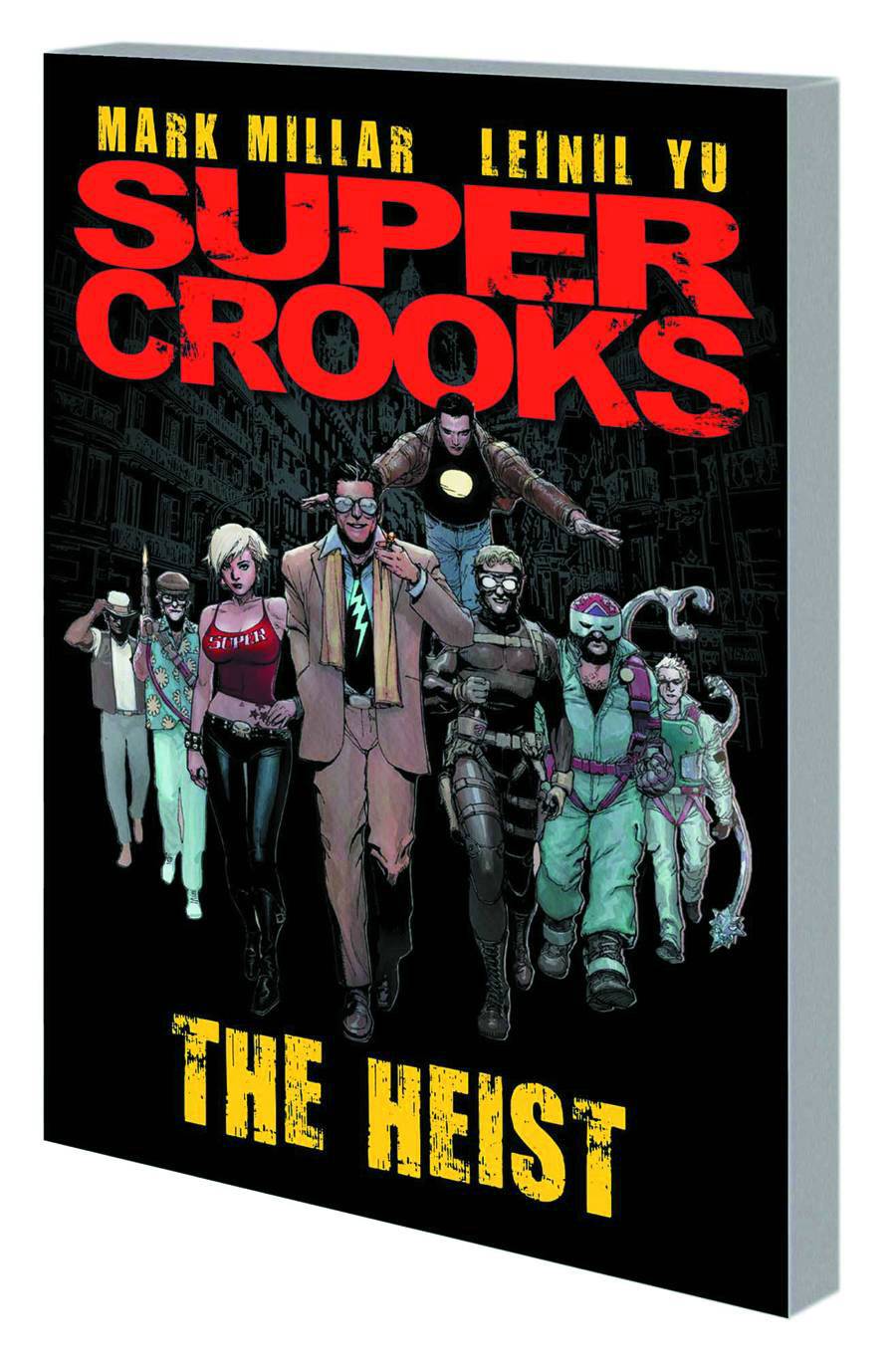 #
NOV178296
(W) Mark Millar, Nacho Vigalondo (A/CA) Leinil Francis Yu
When the market is flooded with competition, and the authorities are always on your tail, what's an all-American super villain to do? Go to Spain, of course! Johnny Bolt convinces his villainous pals to pull off one last heist in the land of bullfighting and churros - but will culture shock get to them before the policia do? And when Johnny's target is revealed as the Bastard, the greatest super villain of all time, things go horribly wrong - but it's too late to turn back. A massive secret in the American super-hero community might just work in their favor - and if the Supercrooks can survive, it will mean an enormous payday! From the writer who brought you KICK-ASS and the artist of SUPERIOR and SECRET INVASION! Collecting SUPERCROOKS #1-4.
In Shops: Apr 25, 2018
SRP: $19.99