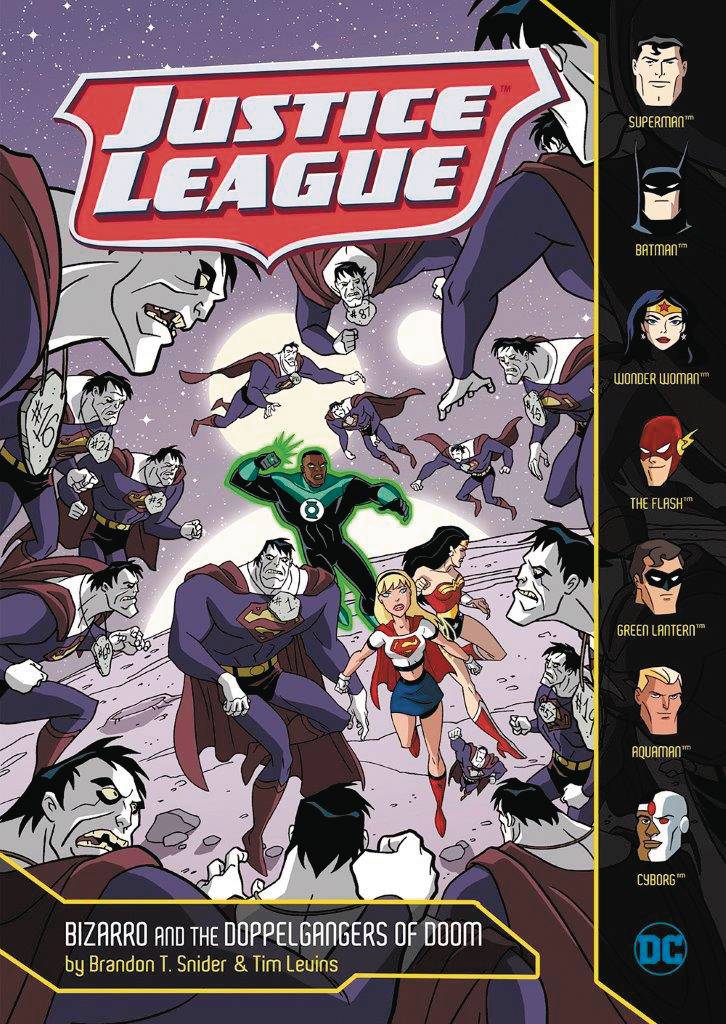 #
NOV172189
(W) Brandon T. Snider (A/CA) Tim Levins
Bizarro has a problem. The cloning technology he received from Lex Luthor worked a little too well. Instead creating a few duplicates to keep him company on his home world, Bizarro created 100 doppelgängers - and they've all turned against him. With nowhere to turn, Bizarro asks the world's greatest super heroes - including Superman, Supergirl, Batman, and Wonder Woman - for help. Can the Justice League take down Bizarro's doppelgängers of doom? Or will Bizarro World collapse under complete clone chaos?
In Shops: Jan 31, 2018
SRP: $5.95
View All Items In This Series