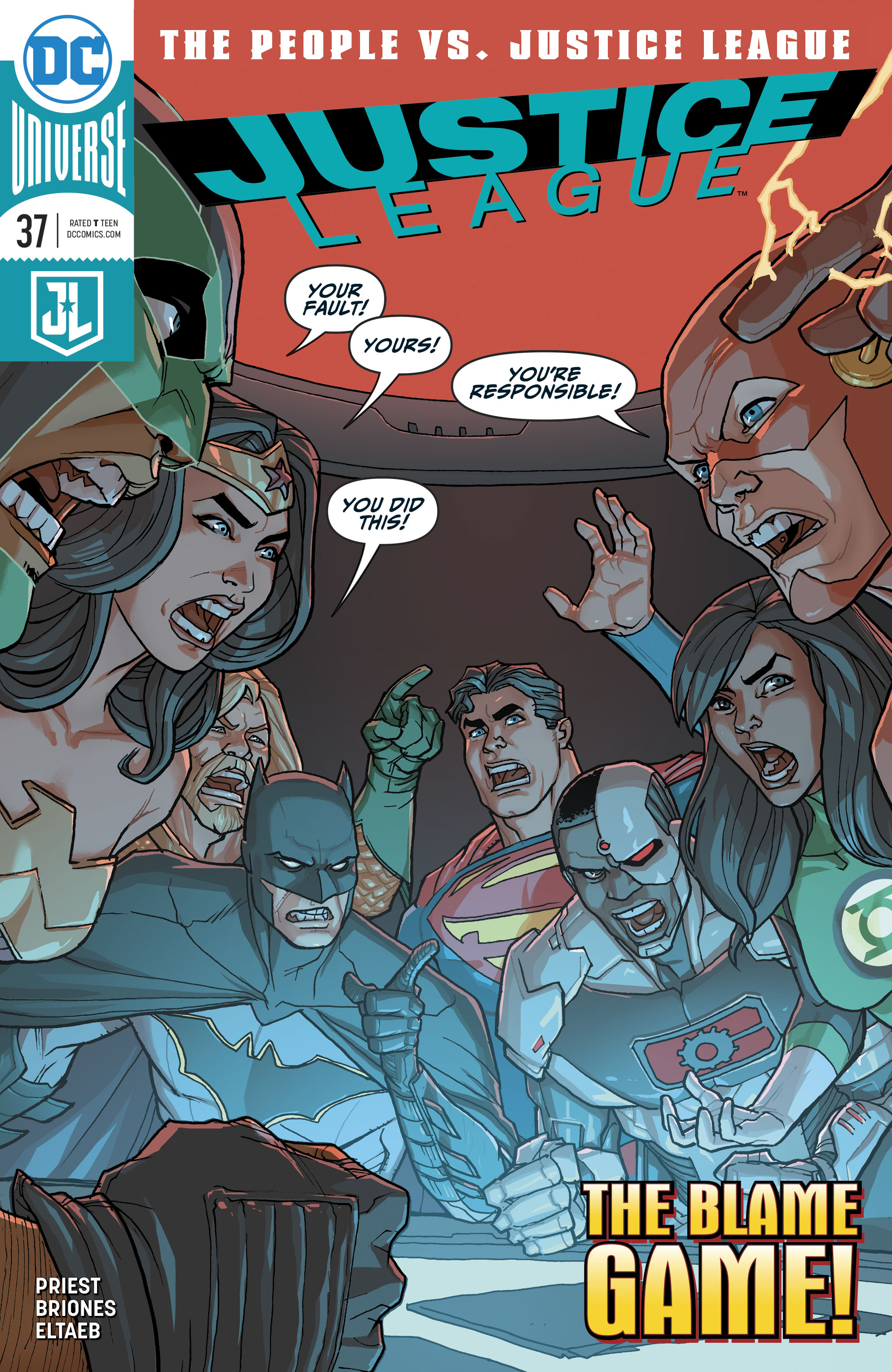 NOV170288
(W) Christopher Priest (A) Philippe Briones (CA) Pete Woods
"JUSTICE LOST" part four! As public confidence in the League continues to fall, strained relationships within the team are set aside when Simon Baz is kidnapped by the mysterious figure known as the Fan: a zealous Justice League acolyte who was inspired by the team as a youth and who now deals death to the League's enemies. The Fan knows literally every detail about the League membership's powers and tactics, and easily turns their own systems and resources against them "for their own good."
RATED T
In Shops: Jan 17, 2018
SRP: $2.99
View All Items In This Series