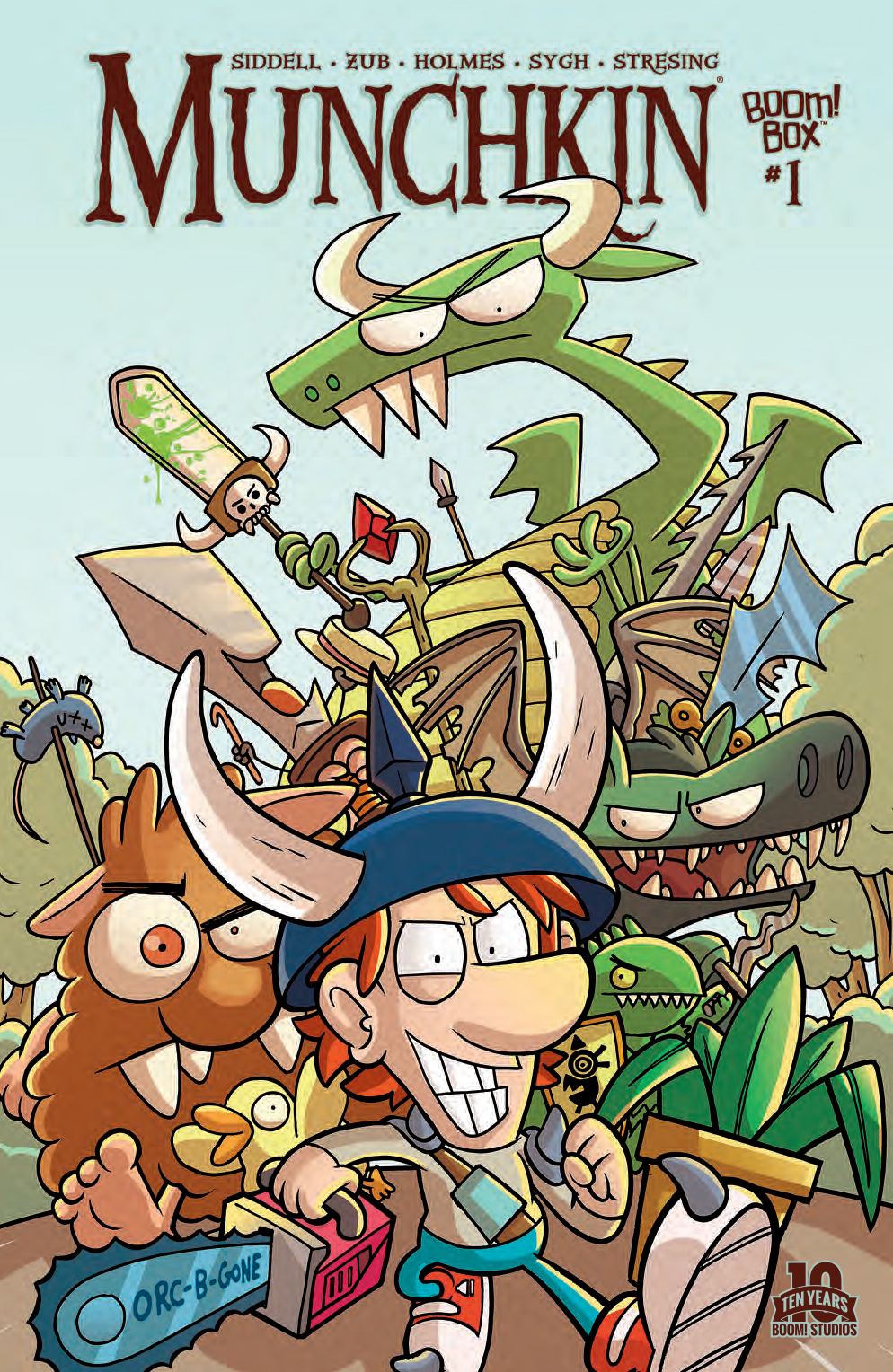 NOV141115
(W) Tom Siddell, Jim Zub, John Kovalic (A) Mike Holmes, John Kovalic, Rian Sygh (CA) Ian McGinty, Evan Palmer, Tyler Jenkins
WHY WE LOVE IT: As longtime fans of the game, we're jazzed to weave stories out of the world of Munchkin, whether it's from the perspective of one Munchkin, a gang of them, or even one of the monsters that live behind the doors!

WHY YOU'LL LOVE IT: Kick open the door. Kill the monster. Steal the treasure. Screw over everybody you come in contact with. Welcome to the world of Munchkin, a gathering of stories based on the popular game series. It's a laugh a minute, pal. Plus, every first printing of every issue will ship with an exclusive card for the game.

WHAT IT'S ABOUT: Based on the immensely popular card game, Munchkin comes to comics! Munchkin takes place in a very flexible mashup of genres. Originally a satire of fantasy roleplaying, it has since then taken on nonfantasy and non-gaming elements. Characters in Munchkin change constantly but never permanently. What do Munchkins do? They play for the win. They are rules lawyers. They backstab. They gloat. They whine when someone else backstabs or gloats. Munchkins are emotional. Munchkins may be clever, but they are never wise. Munchkins have  short attention spans. Munchkins may be brave in the face of awful odds, but they are even braver when beating up crippled goblins for their lunch money. If a Munchkin seems to show mercy, it's because he was bored or distracted. After all, even stomping an ant helps you level up.
In Shops: Jan 28, 2015
SRP: $3.99
View All Items In This Series