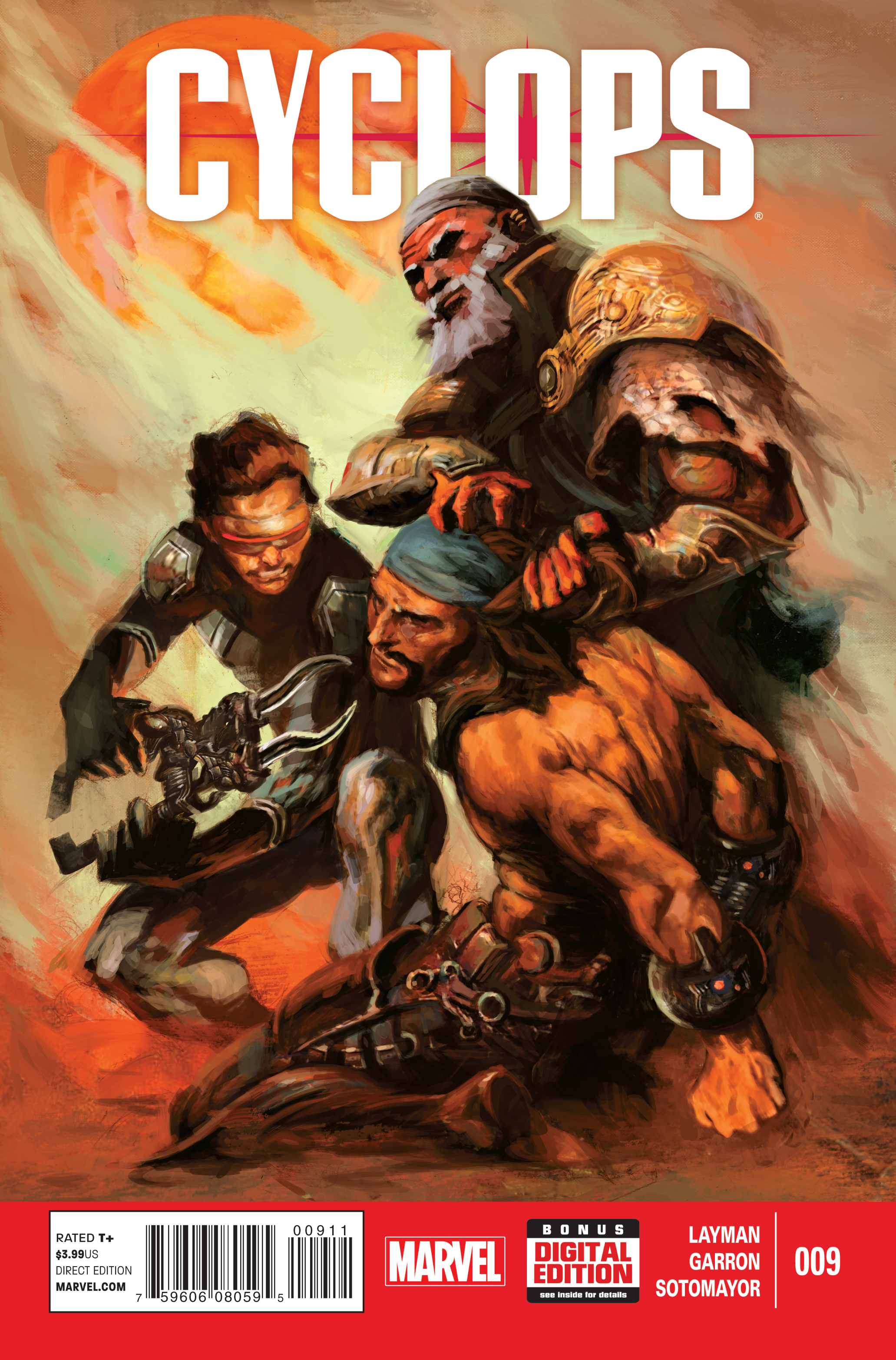 NOV140837
(W) John Layman (A) Javi Garron (CA) Alexander Lozano
• Yeah, Scott Summers may be serving aboard a ship full of space-pirate killers and cutthroats, but as he gets to know them, they seem like nice killers and cutthroats. Especially the Captain, who's starting to treat Scott like the son he never had.
• And ESPECIALLY the Captain's cute daughter, who wants to make kissy-face at every opportunity.
• So what's the problem? Well, it might have something to do with that stolen super-weapon sitting in the pirate ship cargo hold-the one powerful enough to blow up an entire solar system! Everybody in the galaxy wants it... but nobody wants to pay for it!
Rated T+
In Shops: Jan 14, 2015
SRP: $3.99
View All Items In This Series