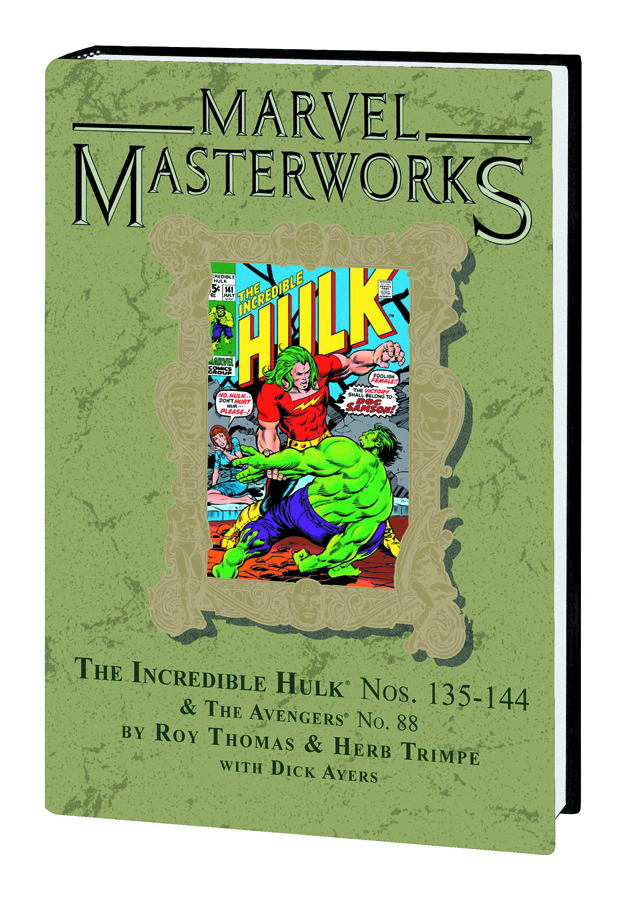 NOV120761
(W) Various (A) Various (CA) Herb Trimpe
The Hulk is back, and he's going to smash his way through more masterworks than you can throw a tank at! It starts off with the time-travelling Kang the Conqueror and a trip back to World War I featuring the Phantom Eagle. Then, Hulk takes it to outer space, fighting the Abomination, before falling down to Earth and into the sub-atomic world of the Psyklop. Following the classic introduction of Hulk's love, Jarella, comes the first appearance of Doc Samson, a battle atop the Empire State Building, and the fight for who's meanest and greenest against Dr. Doom! With the Phantom Eagle's first appearance from MARVEL SUPER-HEROES to round it out, there's no doubt - this is a Marvel Masterworks! Collecting INCREDIBLE HULK (1968) #135-144, AVENGERS (1963) #88 and MARVEL SUPER-HEROES (1967) #16.
In Shops: Apr 24, 2013
SRP: $69.99
View All Items In This Series
ORDER SUBSCRIBE WISH LIST