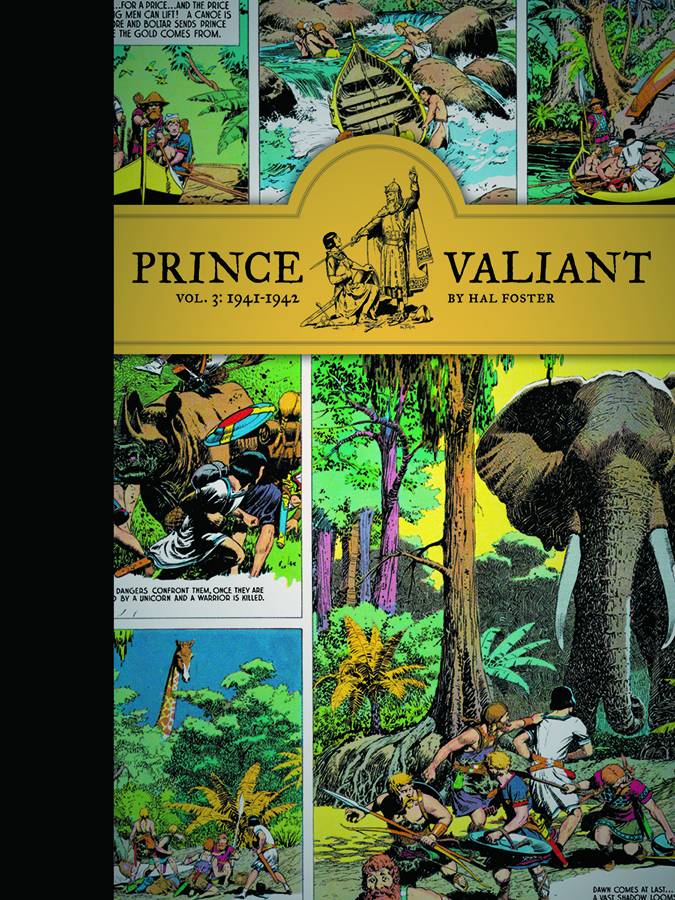 #
NOV100922
(W) Hal Foster (A/CA) Hal Foster
Almost the entirety of 1941's strips, collected in Prince Valiant Volume 3: 1941-1942, featuring a single ten-month epic entitled "Fights for the Singing Sword." This globetrotting adventure is fueled by Valiant's obsessive search for his bride-to-be Aleta throughout Northern Africa, with stops in Jerusalem, the Arabic deserts, and, inevitably, a harem which Val must infiltrate. Then finally, in "The Misty Isles" Valiant meets Aleta face-to-face, but upon learning that she has had his crew killed (deservedly so, actually, but still), he flees in anger, vowing never to see her again. "Homeward Bound," Valiant continues his travels, with stops in Athens (where he meets the boisterous Viking Boltar, who will become his friend for life), North Africa, and Gaul (where Valiant liberates Gawain), before finally returning to Camelot. But his joyous return is short-lived as an alliance of Picts and Vikings threatens Britain's security, and thus Valiant must journey forth with, as his ultimate destination, "The Roman Wall."
In Shops: Mar 09, 2011
SRP: $29.99
View All Items In This Series
ORDER SUBSCRIBE WISH LIST