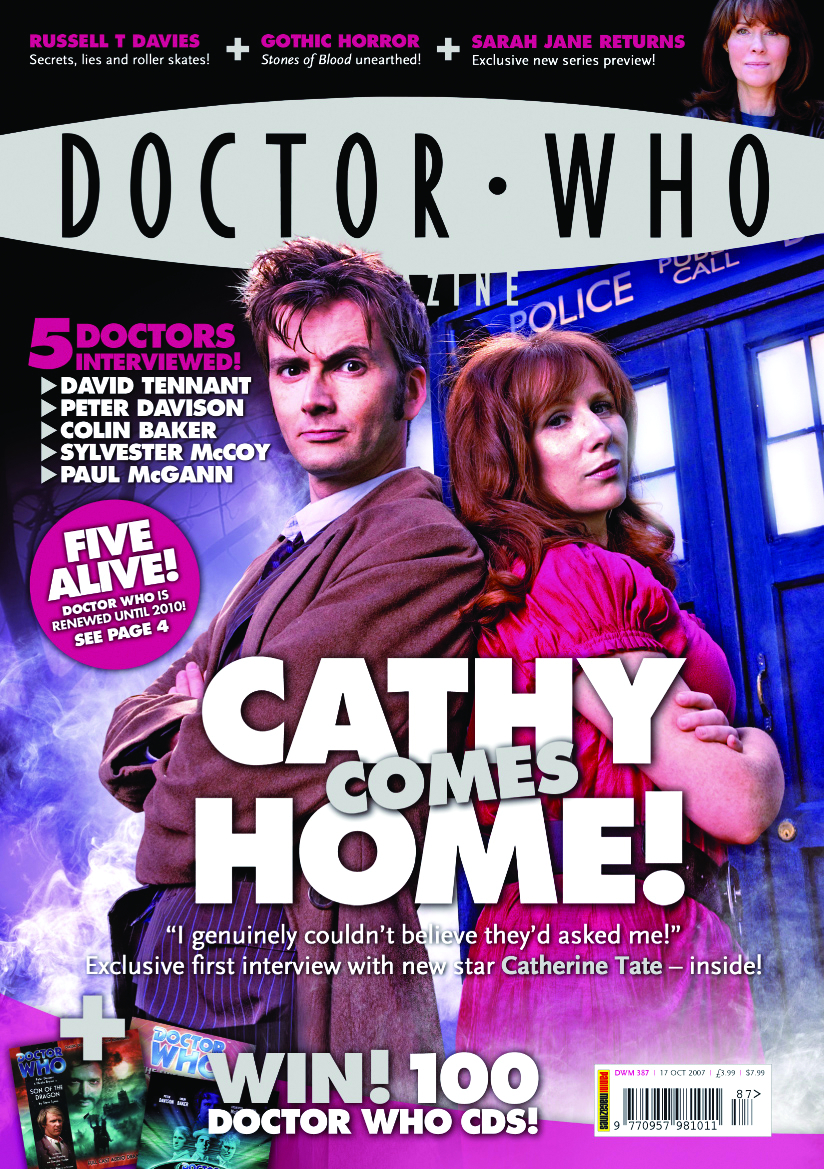 NOV073986
Doctor Who Magazine is the official publication of the hit BBC series, with news, photos and features! This issue, there's a look at the Christmas Special with Kylie Minogue, "Voyage of the Damned," including exclusive interviews with cast and crew; Part One of a new comic strip adventure, "Universal Monsters"; Russell T. Davies reveals more about Doctor Who's fourth season in his Production Notes column; the Time Team watch Colin Baker's 'Attack of the Cybermen'; all the latest books, audios and DVDs are previewed and reviewed; plus much, much more!