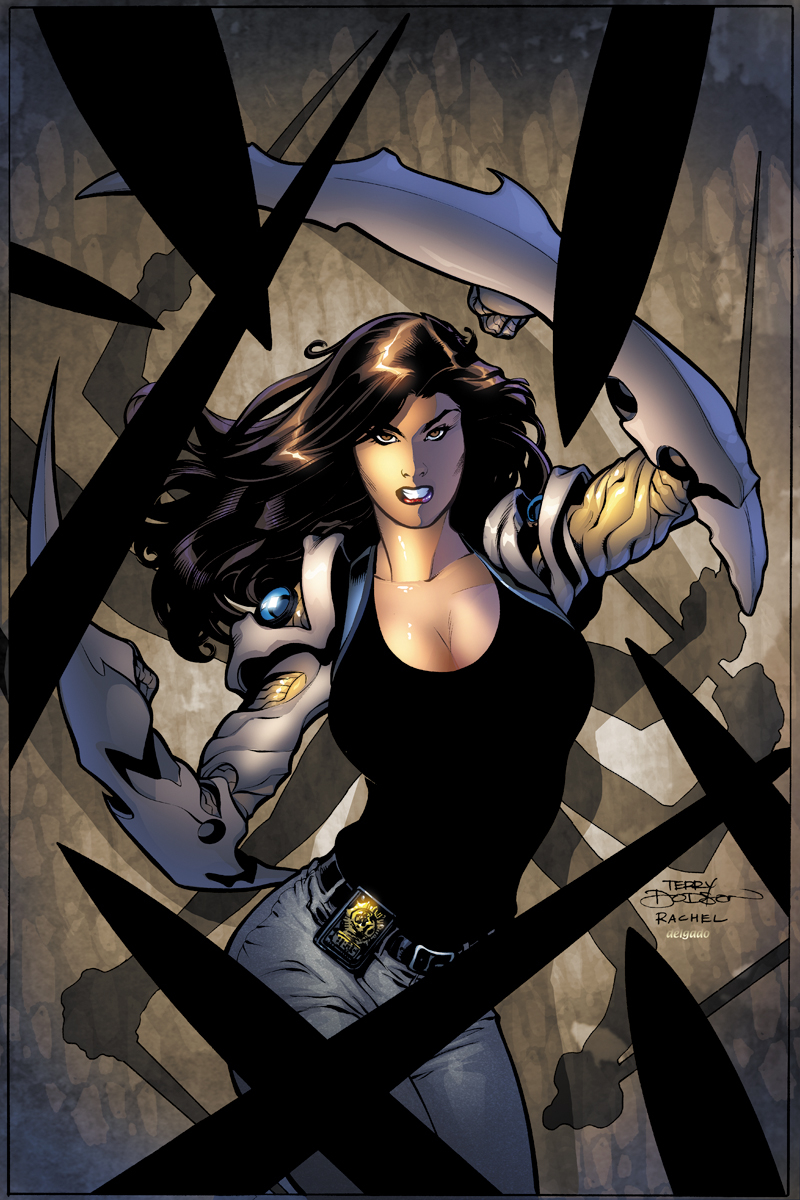 NOV051774
(W) Ron Marz (A) Stephen Sadowski (CA) Terry Dodson
(W) Ron Marz    (P) Stephen Sadowski    (I) Andrew Pepoy    (Cov) Terry Dodson
Rolling directly out of events of the epic Witchblade 10th Anniversary issue, a seemingly inconsequential statue is stolen from the mysterious man known only as "The Curator." NYPD Detective Sara Pezzini is on the case, but as her investigation deepens, she learns not only the deadly truth behind the goddess statue, but also the long-buried secrets of the Curator himself! The Witchblade revelations continue, with guest pencils by Stephen Sadowski of JSA fame!