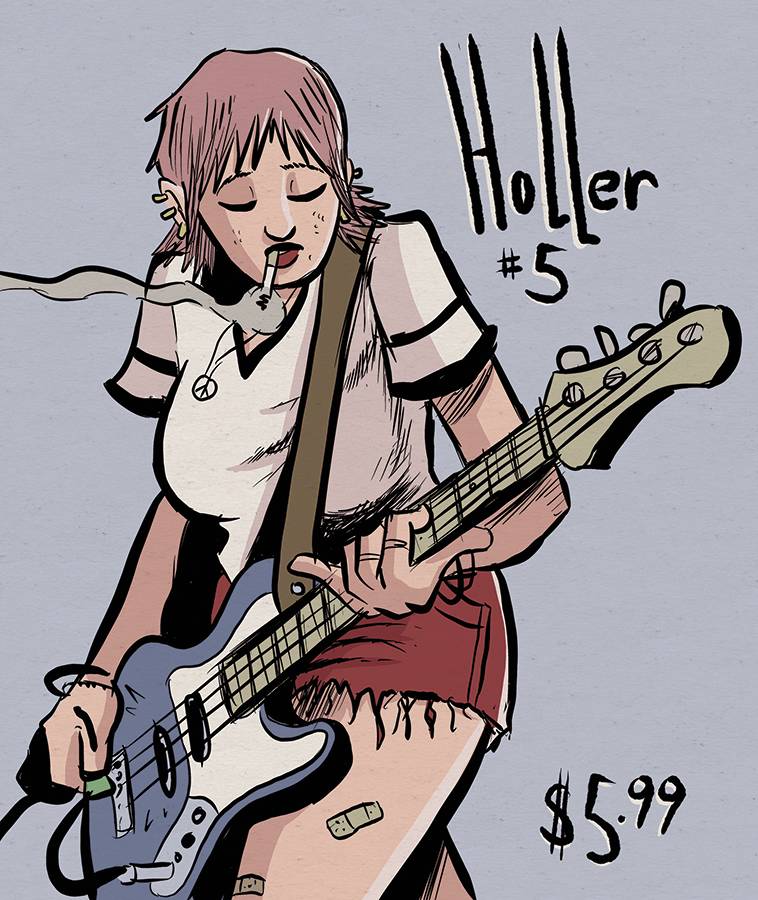 #
MAY221587
(W) Jeremy Massie (A/CA) Jeremy Massie
Set in the 1990s among the Appalachian Mountains of Virginia, Holler follows the misadventures of four young friends who form a garage band, while navigating the ups and downs of teenage existence. It's summertime. Mark's band may have found it's new bass player when a girl named Libby moves into their drummer's trailer park. The audition won't be easy though... playing the bass is one thing but being able to keep up with the band's lifestyle is something else. That's right. It's time to go camping.