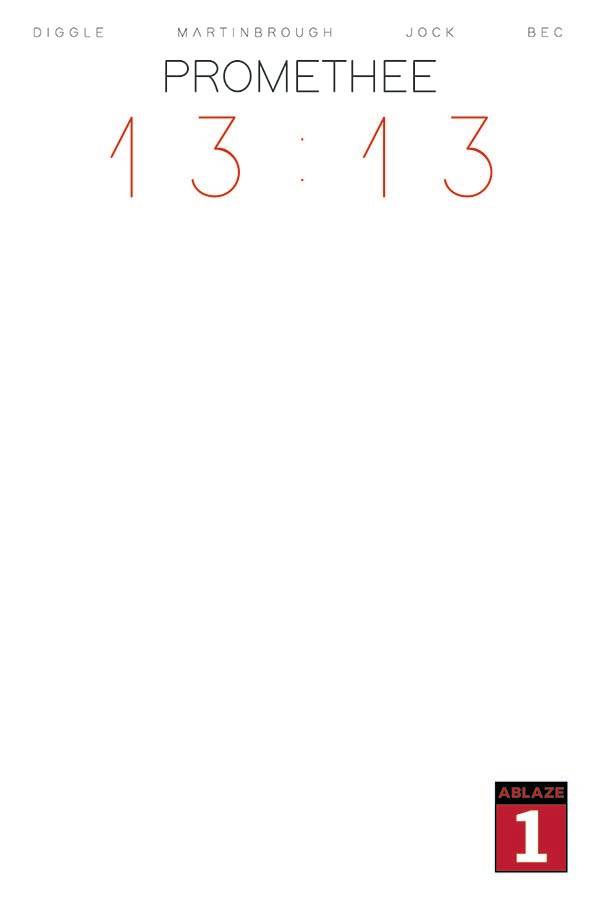 #
MAY221056
(W) Andy Diggle (A) Shawn Martinbrough (CA) Blank Cover
The Blank Cover Edition - available as a variant for PROMETEE 13:13 #1 - features the same great story and art, but with a blank wraparound cover for you to get your favorite artist to draw their own cover!
Andy Diggle (The Losers, Thief of Thieves, Hellblazer, Uncanny), Shawn Martinbrough (Thief of Thieves, Batman: Detective Comics, The Black Panther, Hellboy), Dave Stewart (Hellboy, DC: The New Frontier, The Umbrella Academy), and Jock (Batman, The Losers) bring you a psychological sci-fi horror comic full of alien conspiracy...
What if you knew the world was about to end? What would you be willing to do to save the people you love?
Darla Clemenceau has been plagued by apocalyptic visions ever since she was abducted by a UFO as a child. Now, she's ready to put it all behind her and move on with her life. But what if it's all true? A dangerous cult militia is prepping for the end of the world, and they see Darla as the key to their survival...
Meanwhile, something alien is awakening on the dark side of the Moon, and the crew of the space shuttle Atlantis have a rendezvous with destiny...
A prequel to Promethee - Christophe Bec's best-selling, mind-bending graphic novel series, Promethee 13:13 tells the thrilling fast-paced space drama leading up to the moments of September 21, 2019 at 13:13.
In Shops: Jul 06, 2022
SRP: $10.00
View All Items In This Series