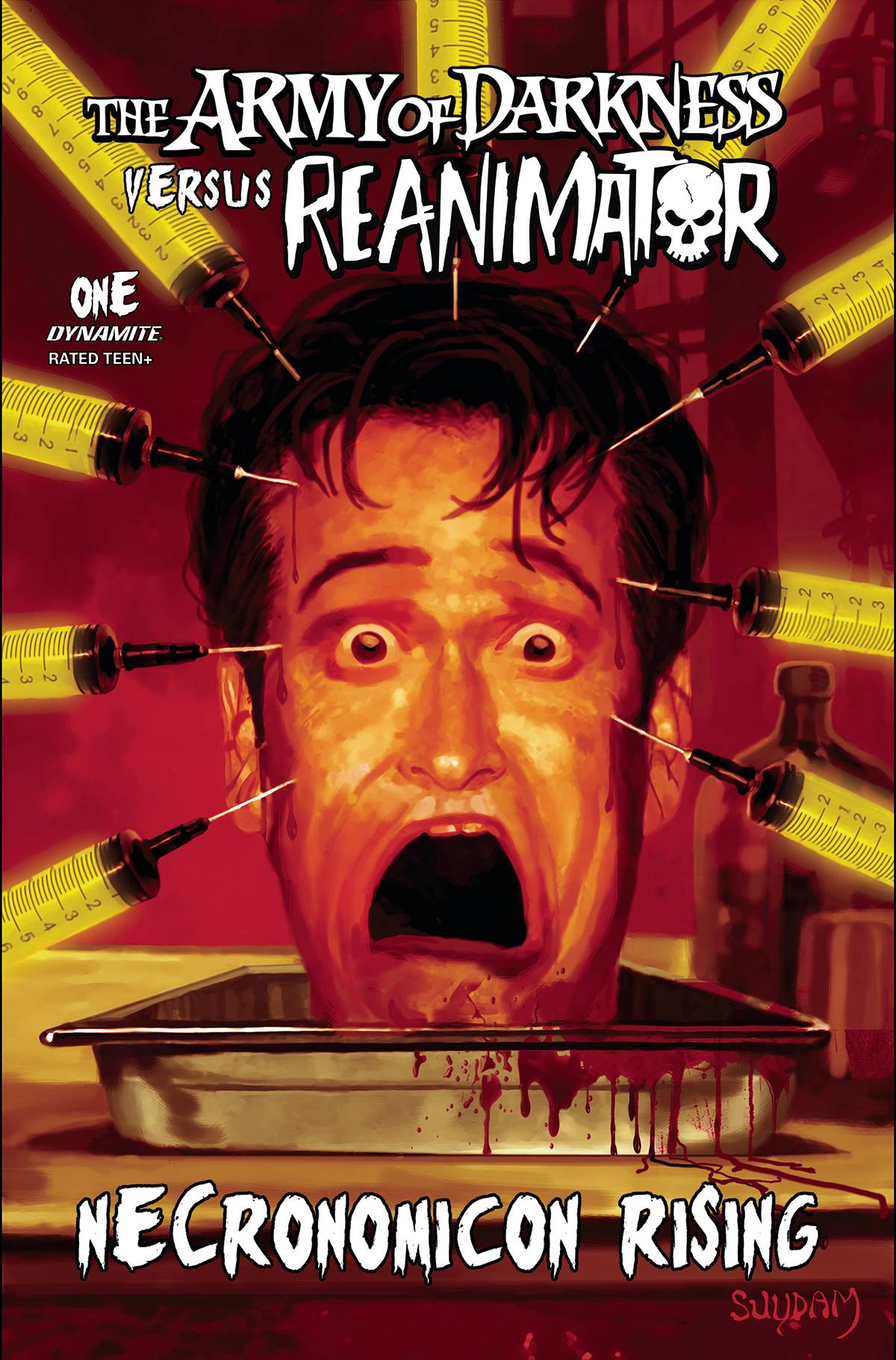 #
MAY220591
(W) Erik Burnham (A) Eman Casallos (CA) Arthur Suydam
When an archaeological dig unveils an important element from the world of the Army of Darkness, it ends up in the absolute worst hands of all: Dr. Herbert West's. As West tinkers in God's domain, our reluctant hero is once more drawn into the sphere of destiny as he faces a triple threat of danger!
Writer Erik Burnham is joined by returning Dynamite artist Eman Casallos to bring you all the excitement and Deadite action! Joining Dynamite superstar cover artists Arthur "Zombie King" Suydam and Stuart (Kiss) Sayger is Tony (Stray Dogs) Fleecs and the Dynamite debut of Christopher (Hellboy) Mitten!
Erik Burnham is a Minnesotan writer and artist who first broke into comics by way of the Nick Landime feature from Shooting Star Comics. This led first to other anthologies and then work for IDW Publishing, up to and including his critically acclaimed work on the Ghostbusters line of comic books and, later, the official Tobin's Spirit Guide. Erik's been fortunate to work with many companies in the last few years, including Cryptozoic, Dynamite, IDW, Insight Editions, Marvel, and Panini on properties such as Ghostbusters, Teenage Mutant Ninja Turtles, Back to the Future, Galaxy Quest, Scarlet Spider, New Warriors, Red Sonja and KISS - with more on the way. (Which is good news, because he loves his work.)
In Shops: Jul 13, 2022
SRP: $3.99
View All Items In This Series
ORDER SUBSCRIBE WISH LIST