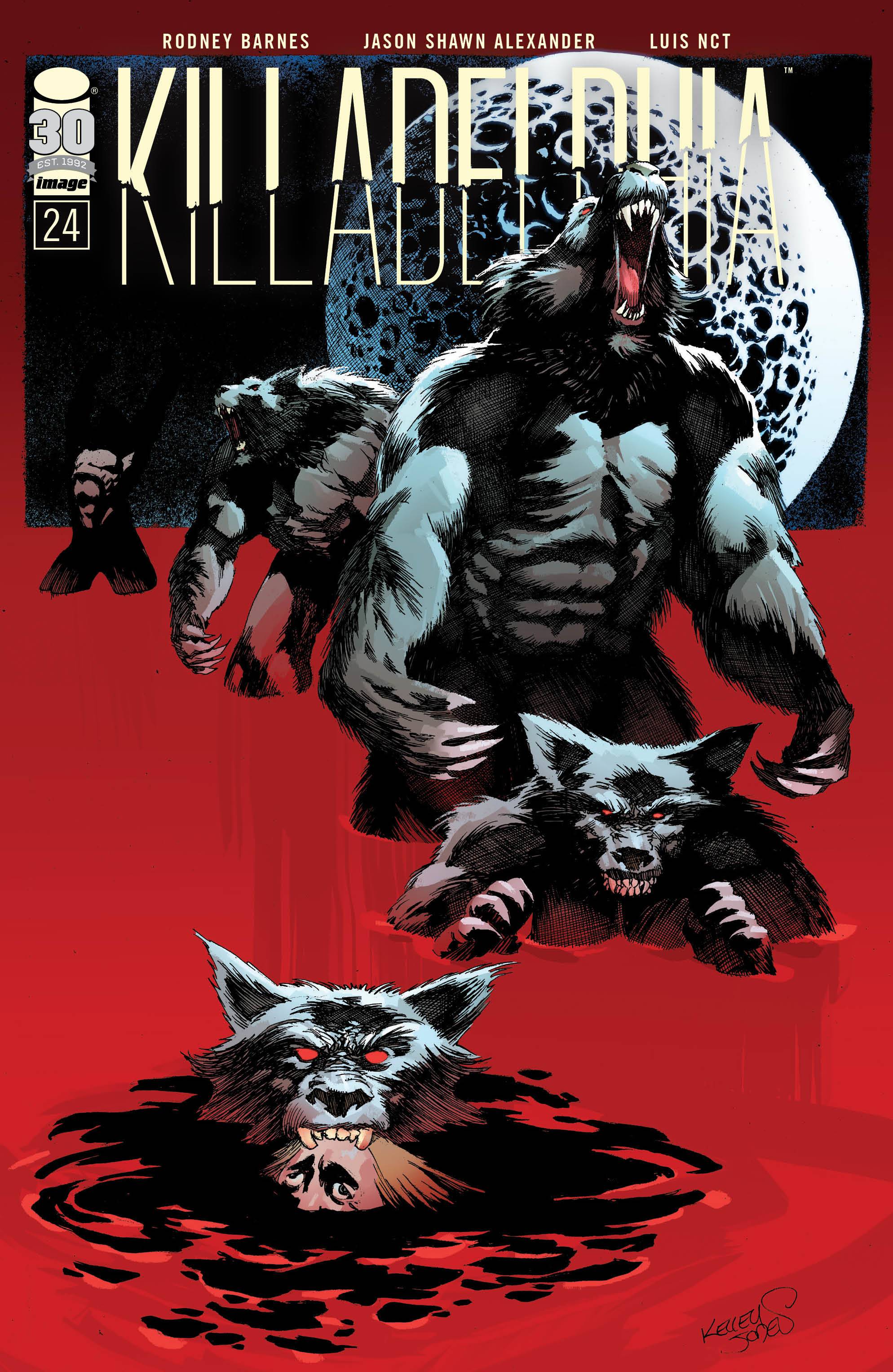 #
MAY220237
(W) Rodney Barnes (A) Jason Shawn Alexander (CA) Kelley Jones
"THE END OF ALL," Part Six
The sold-out, Eisner Award-nominated horror series rages on with more mind-bending twists! From Rodney Barnes, the writer behind such hit shows as Marvel's Runaways and STARZ's American Gods, and JASON SHAWN ALEXANDER, the artist who redefined SPAWN.
George Washington, the first president of the United States and the one true vampire king, has stepped out of the shadows to take back America and remold it into something far more wicked. Now, James Sangster and son must find a way to stop the undead commander-in-chief, but at what cost? And will there even be an America left to save after he's done with it?
Also available in NOIR EDITION, featuring black-and-white line art interiors!
In Shops: Jul 27, 2022
SRP: $3.99
View All Items In This Series
PREORDER SUBSCRIBE WISH LIST