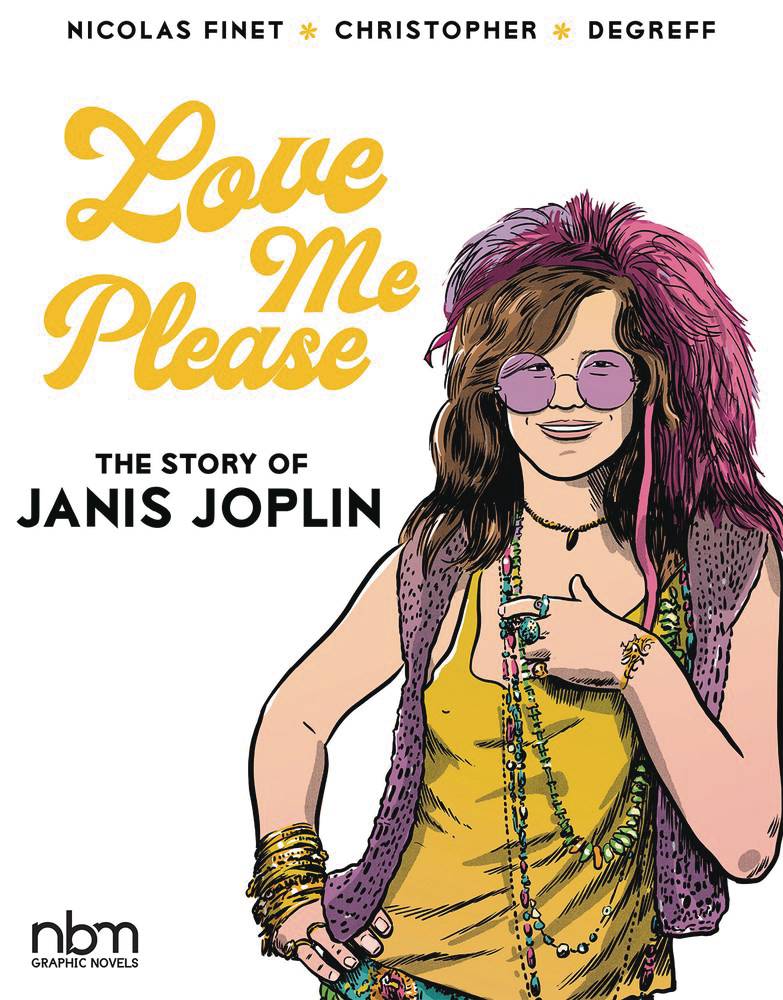 #
MAY211583
(W) Nicolas Finet (A) Christopher
How did a very young messed up woman, a drug addict filled with doubt, become in a few years a planetary icon of rock music? Janis Joplin went from the shadows to the blinding light of fame in only four records (the last one issued a month and a half after her tragic death). Thanks to a worldwide movement of emancipation which would consecrate for a long time the ideals and modes of alternative lifestyles from counterculture to the flower power generation, Janis, the ugly duckling, gave free rein to her impulses. Joplin left for San Francisco, the epicenter of cultural innovation, where she lived a freedom of which she would hardly have dared to dream, abandoning herself to all impulses, overcoming without hesitation all the taboos of the time: bisexuality, alcohol, drugs, doing so not only with delight, but with the taste for excess which came naturally from her spontaneous character.
In Shops: Nov 17, 2021
SRP: $24.99
ORDER WISH LIST