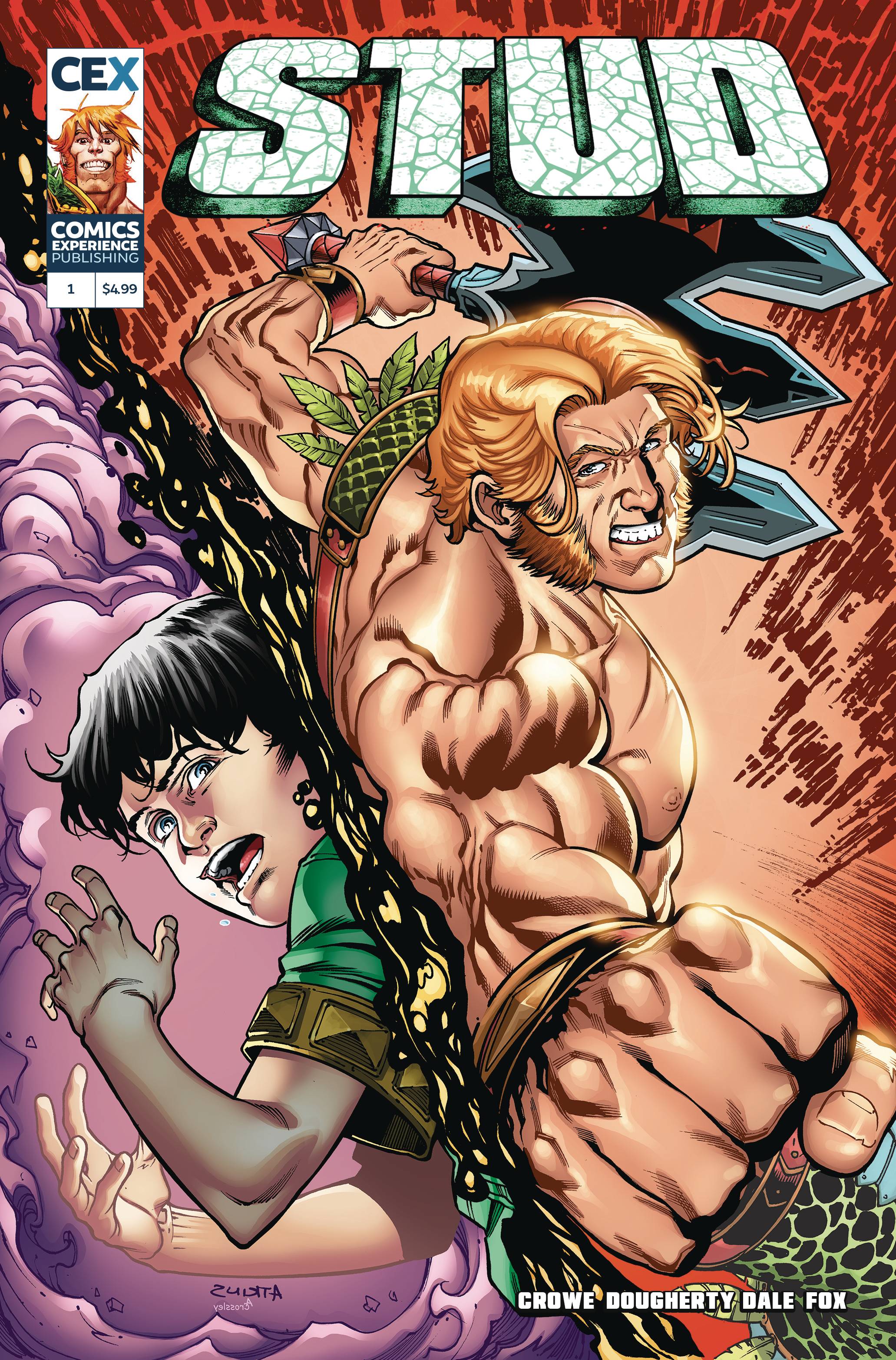 Welcome to Ouroboros, a world teetering between far future and primordial past, where aliens and barbarians, bigfoots and robots, monsters and puns wrestle for control!

Mightiest is Stud, he of immense strength and nonexistent impulse control! Follow Stud's caravan of carnage as his cursed BloodBlade, keeps him on a razor's edge between hero and Gary!