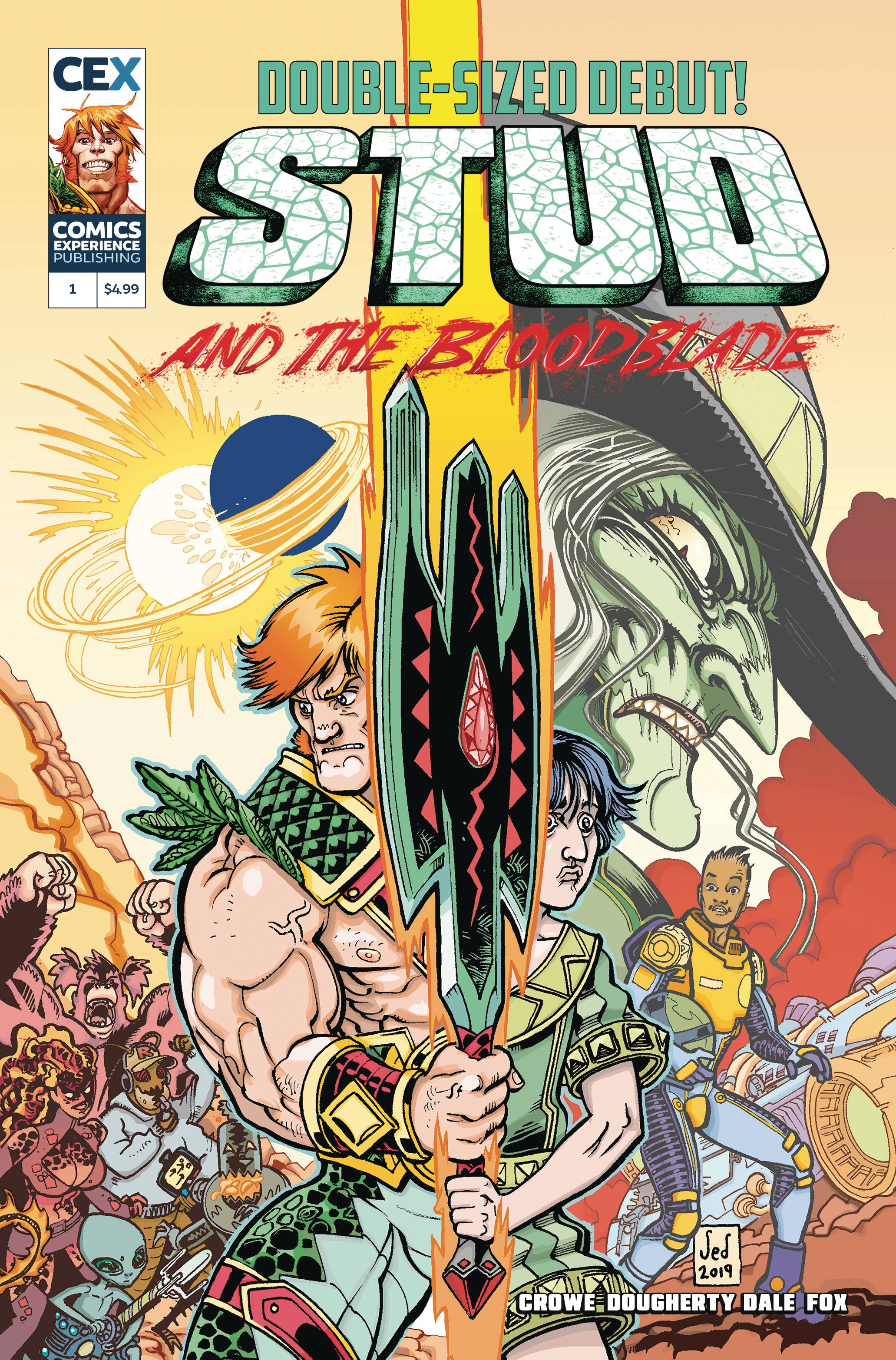 #
MAY211362
(W) Perry Crowe (A/CA) Jed Dougherty
What's better than a comic book? Two comic books! All three Studly issues are double-sized for $1 more-twice the story, nearly the same price! Welcome to Ouroboros, a world teetering between far future and primordial past, where aliens and barbarians, bigfoots and robots, monsters and puns wrestle for control! Mightiest is Stud, he of immense strength and nonexistent impulse control! Follow Stud's caravan of carnage as his cursed BloodBlade, keeps him on a razor's edge between hero and Gary! From co-creators Perry Crowe and Jed Dougherty: it's He-Man meets The Tick meets Judge Dredd - it's STUD!
In Shops: Aug 25, 2021
SRP: $4.99
View All Items In This Series
ORDER SUBSCRIBE WISH LIST