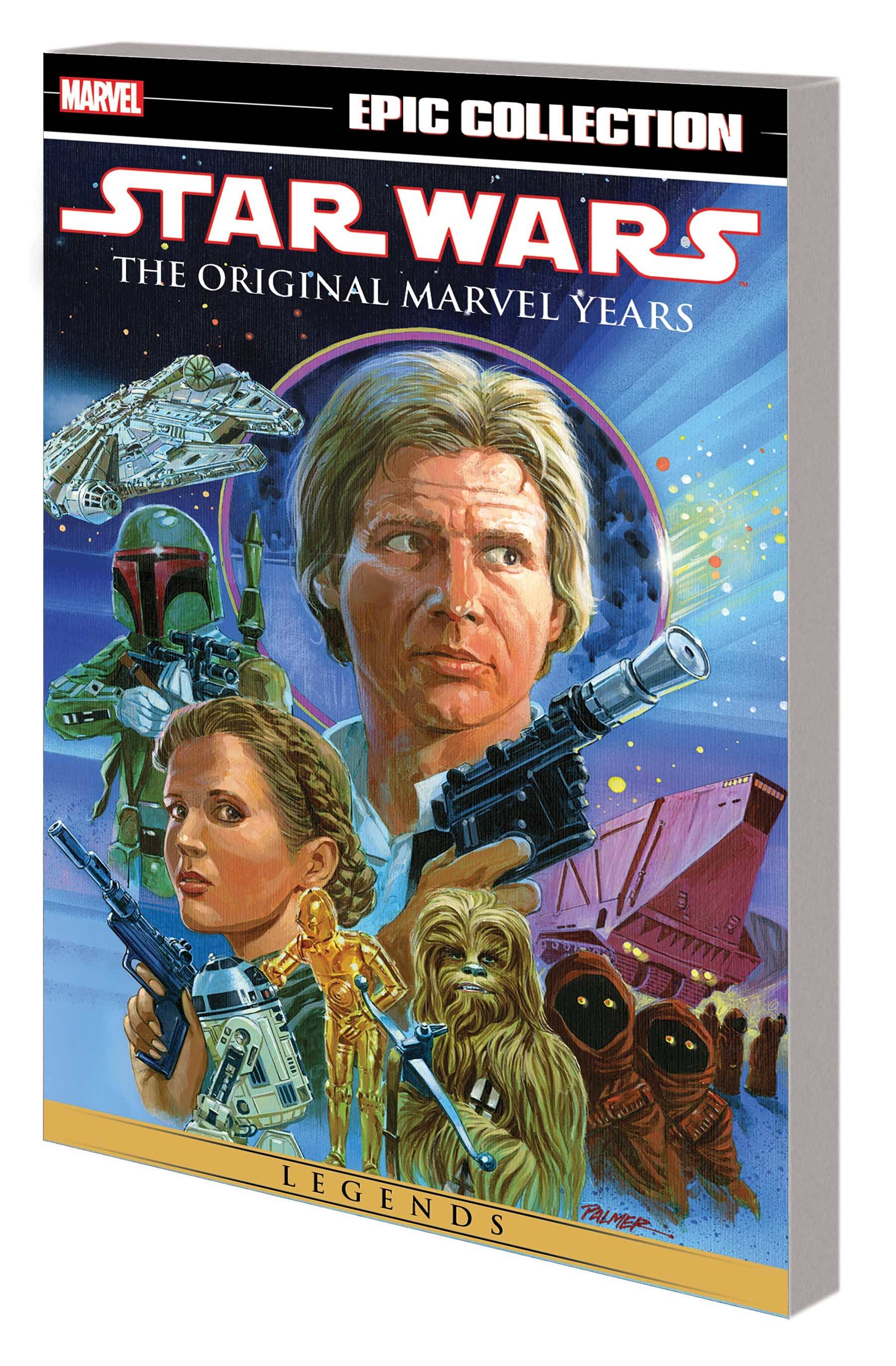 #
MAY210724
(W) Jo Duffy, More (A) Ron Frenz, More (CA) Tom Palmer
The search for Han Solo! Determined to rescue their friend from his carbonite prison, the heroes of the Rebel Alliance undertake mission after mission to track him down - while staying one step ahead of the Empire! But Darth Vader remains equally determined to capture Luke Skywalker, and - with the evil Emperor Palpatine - prepares one final trap to reunite father and son. It all culminates in a gorgeous comic book adaptation of Return of the Jedi - but the story doesn't end there! The rebels have one final mission: to defeat the last remnants of the Empire and create a New Republic to unify the galaxy once more. But another Dark Lord is waiting in the wings! Collecting STAR WARS (1977) #74-88, STAR WARS ANNUAL (1979) #3 and STAR WARS: RETURN OF THE JEDI #1-4.
Rated T
In Shops: Aug 04, 2021
SRP: $39.99
View All Items In This Series
ORDER SUBSCRIBE WISH LIST