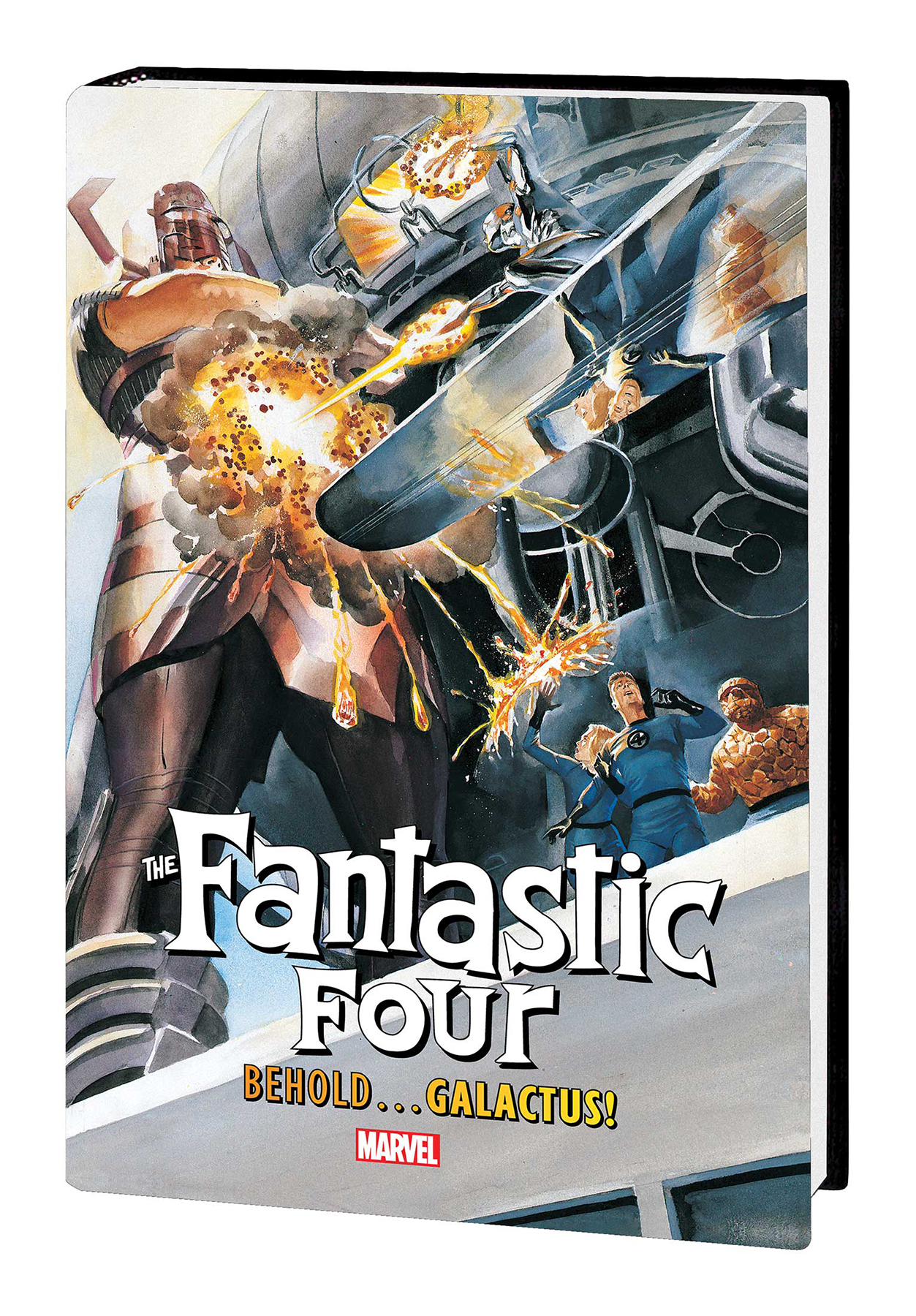 MAY190938
(W) Stan Lee, John Byrne (A) Jack Kirby, John Buscema, John Byrne (CA) Alex Ross
Continuing the series of graphic novels handpicked by Marvel Editorial to showcase pivotal storylines written and drawn by some of Marvel's most acclaimed creators! Three of the greatest Galactus stories of all - by a fantastic foursome of comic-book titans! First, Stan Lee and Jack Kirby introduce the World-Eater and his enigmatic herald, the Silver Surfer, as the Fantastic Four stand in defense of Earth in one of the most beloved sagas ever told! Next, John Buscema's powerful pencils illustrate the arrival of new herald Gabriel the Air-Walker, signaling doom for the human race! Then, John Byrne takes over as Terrax leads the Devourer back to Earth - and the entire Marvel Universe pitches in to help save the planet from becoming his next meal! The FF plus the big G spells cosmic action in the Mighty Marvel Manner! Collecting FANTASTIC FOUR (1961) #48-50, #120-123 and #242-244.
Rated T
In Shops: Oct 23, 2019
SRP: $24.99