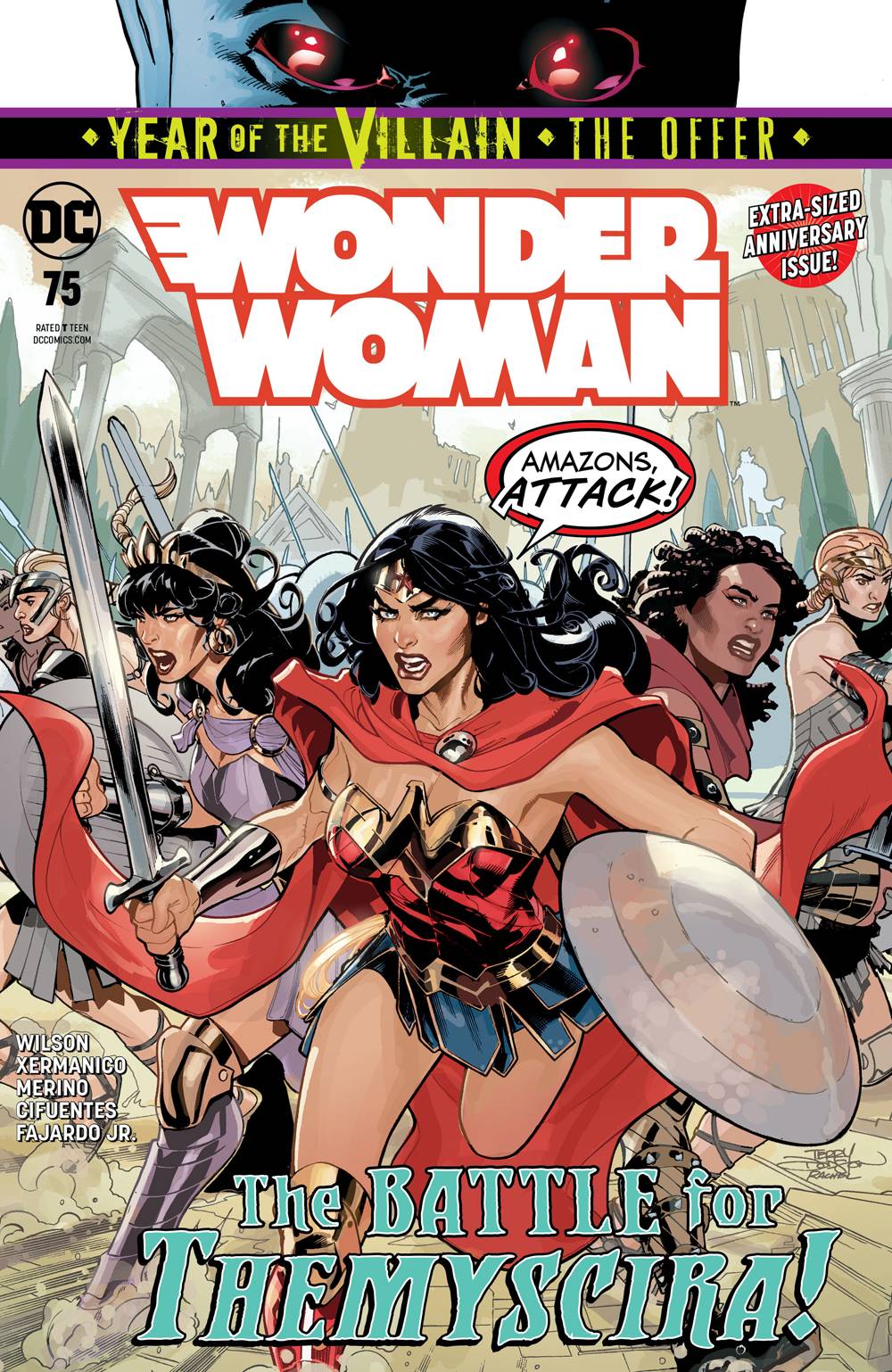 #
MAY190460
(W) C. Willow Wilson (A) Xermanico, Jesus Merino, Vicente Cifuentes (CA) Terry Dodson, Rachel Dodson
At last, after years of exile: Wonder Woman returns to Themyscira! But in the wake of Ares' escape from his prison, the island is no longer the paradise she remembers... and the Amazons are no longer a united people! Disaster has forced Hippolyta's warriors to choose a deadly new ally, and Wonder Woman is powerless to convince them to turn back to the light! Who among the Amazons could possibly change the course of history? Only one: Diana's long-lost aunt, Antiope! A major figure of the Wonder Woman mythos returns in this extra-sized anniversary issue!
Plus, Lex Luthor visits fellow Legion of Doom member Cheetah. He comes bearing gifts: a mythical weapon, one rumored to be able to kill anything-even a god. Or, in Wonder Woman's case, a demi-god.
In Shops: Jul 24, 2019
SRP: $4.99
View All Items In This Series
ORDER SUBSCRIBE WISH LIST