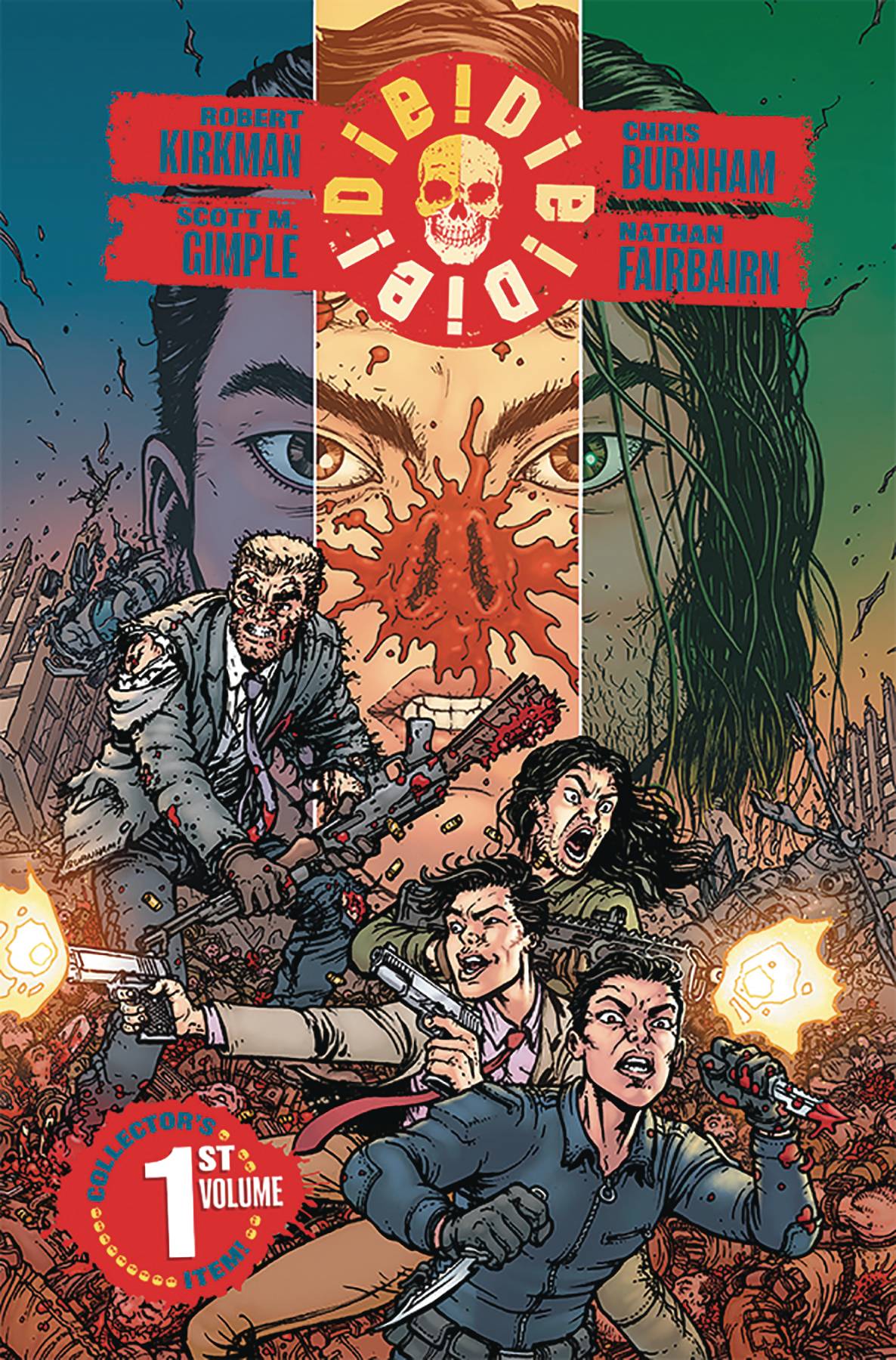 #
MAY190041
(W) Robert Kirkman, Scott Gimple (A/CA) Chris Burnham
A new series from THE WALKING DEAD creator ROBERT KIRKMAN! This is an evil world where evil people do evil stuff all the time. Thankfully, there's a secret cabal within the United States government that works outside the normal system to influence world matters through targeted assassination. So if you're hurting people, somehow making the world worse than it already is, or even just standing in the way of something good happening, then someone could right now be giving the order for you to... DIE!DIE!DIE! Collects DIE!DIE!DIE! #1-8
In Shops: Jul 17, 2019
SRP: $19.99
View All Items In This Series