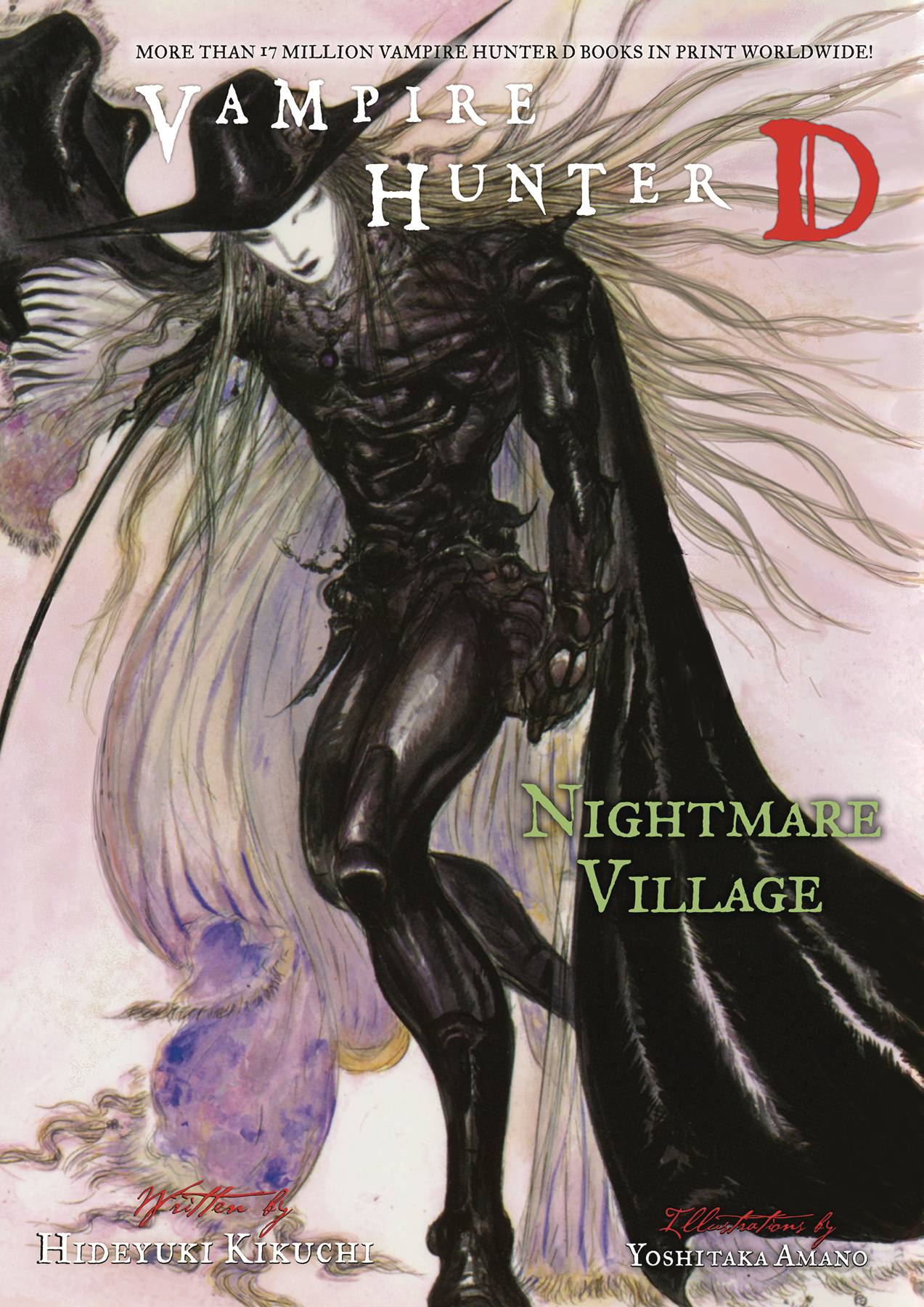 #
MAY189272
(W) Hideyuki Kikuchi (A/CA) Yoshitaka Amano
A mixed band of travelers from an inn, spared by seeming chance from a bizarre landslide that rushed and receded like a wave, find shelter in an ancient village older even than the most forsaken settlements on the Frontier! Indeed, for fearful rumor has it that once long ago the village was a testing ground of the Sacred Ancestor . . . that sought to twist the genes of aliens, humans, and Nobles into a new form of life! What was formed here in the distant past seeks to nourish itself on the travelers and rise again. Can D save them and destroy the evil legacy-or is his arrival exactly what the village requires for its nightmare to awaken at last?