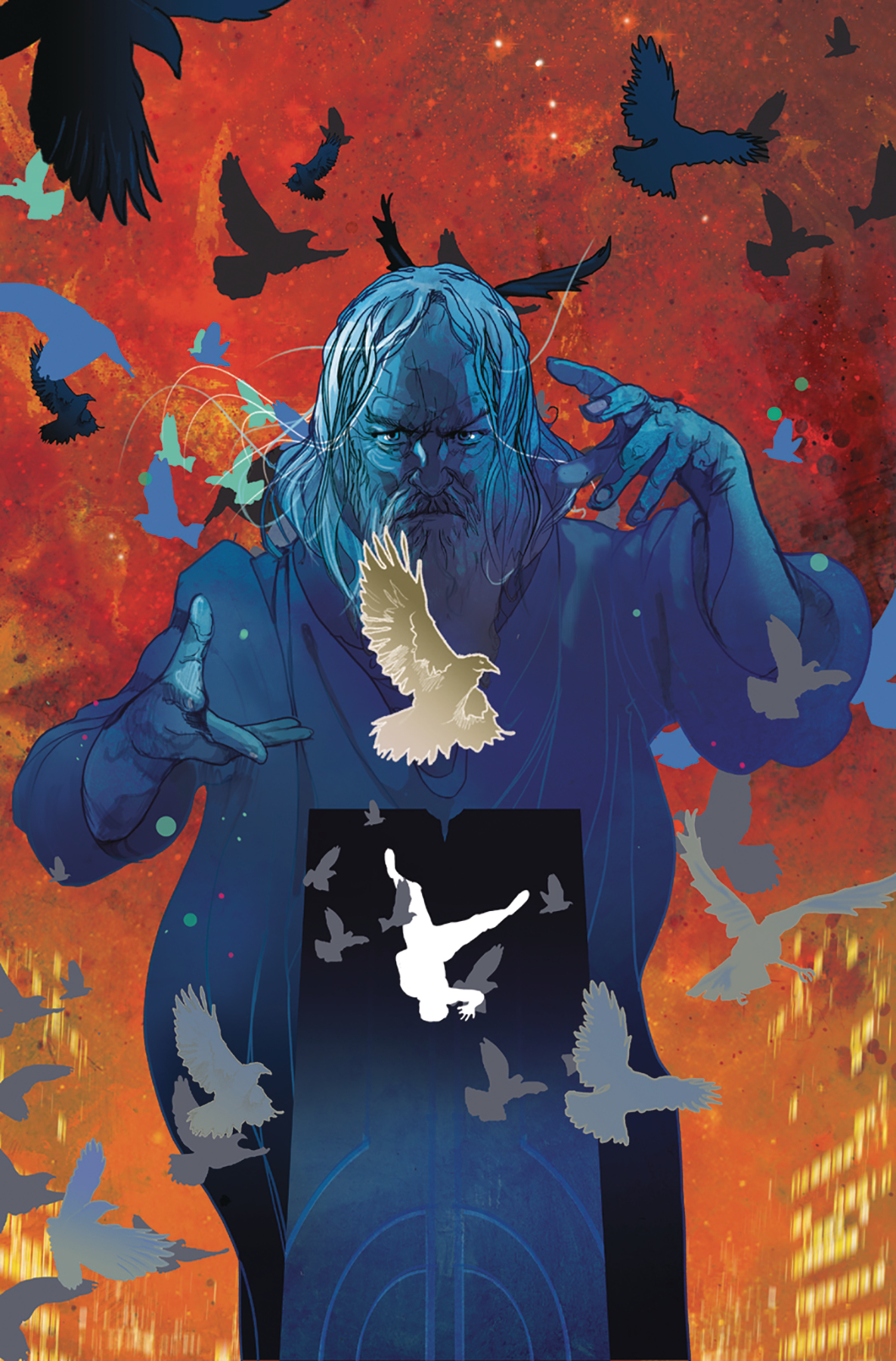 MAY181313
(W) Zac Thompson, Eric Bromberg, Donny Cates (A) Andy Clarke (CA) Christian Ward
A perfect future of intergalactic travel and community. Every newly discovered planet is unified culturally through a monolithic structure known as the Galactic Relay. Although the towering monument is meant to inspire conformity of ideas, technology, and progress - many resent the foreign structure. Jad Carter, a Relay employee, must keep the peace and act as an emissary to new civilizations. But when he finds the Relay's mythological creator, Hank Donaldson, his idea of reality and the universe shatters.

Equal parts The Fifth Element and Philip K Dick, and directly springboarding off the previously released  Free Comic Book Day RELAY #0, this series is an exploration of monoculture, identity, and the deceptive nature of legend set in a thriving future where humanity forcibly assimilates new worlds.

Written by Zac Thomspon (Cable, The Dregs, HER INFERNAL DESCENT), with art by Andy Clarke (REPLICA, Batman), and a story conceived by Zac Thompson, Eric Bromberg (PESTILENCE) and Donny Cates (BABYTEETH, Dr. Strange, Thanos, Venom, God Country), this powerhouse of a series that HAD to be told at AfterShock!
In Shops: Jul 11, 2018
SRP: $3.99
View All Items In This Series
ORDER SUBSCRIBE WISH LIST