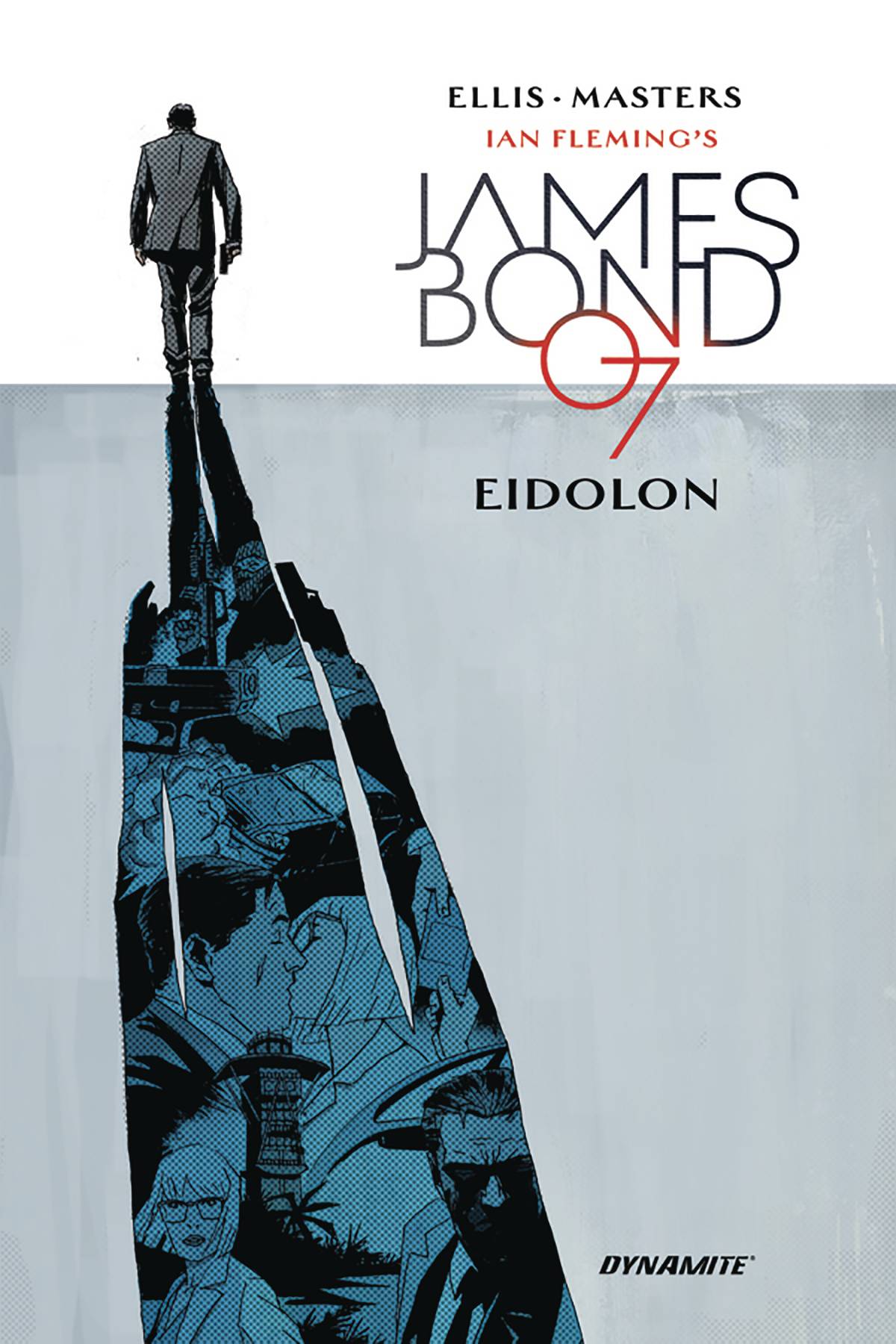 #
MAY181083
(W) Warren Ellis (A) Jason Masters (CA) Dom Reardon
James Bond is trapped in Los Angeles with a MI6 agent under fire and a foreign intelligence service trying to put them both in bags... and possibly more than one foreign intelligence service. And things may not be any safer in Britain, with bodies dropping and ghosts moving in the political mist...
Collecting issues #7-12 of the ongoing James Bond comic book series written by Warren Ellis, the New York Times bestselling author of Gun Machine and critically-acclaimed comic book writer (Iron Man, Planetary, Astonishing X-Men), and featuring artwork by Jason Masters (Batman Incorporated).