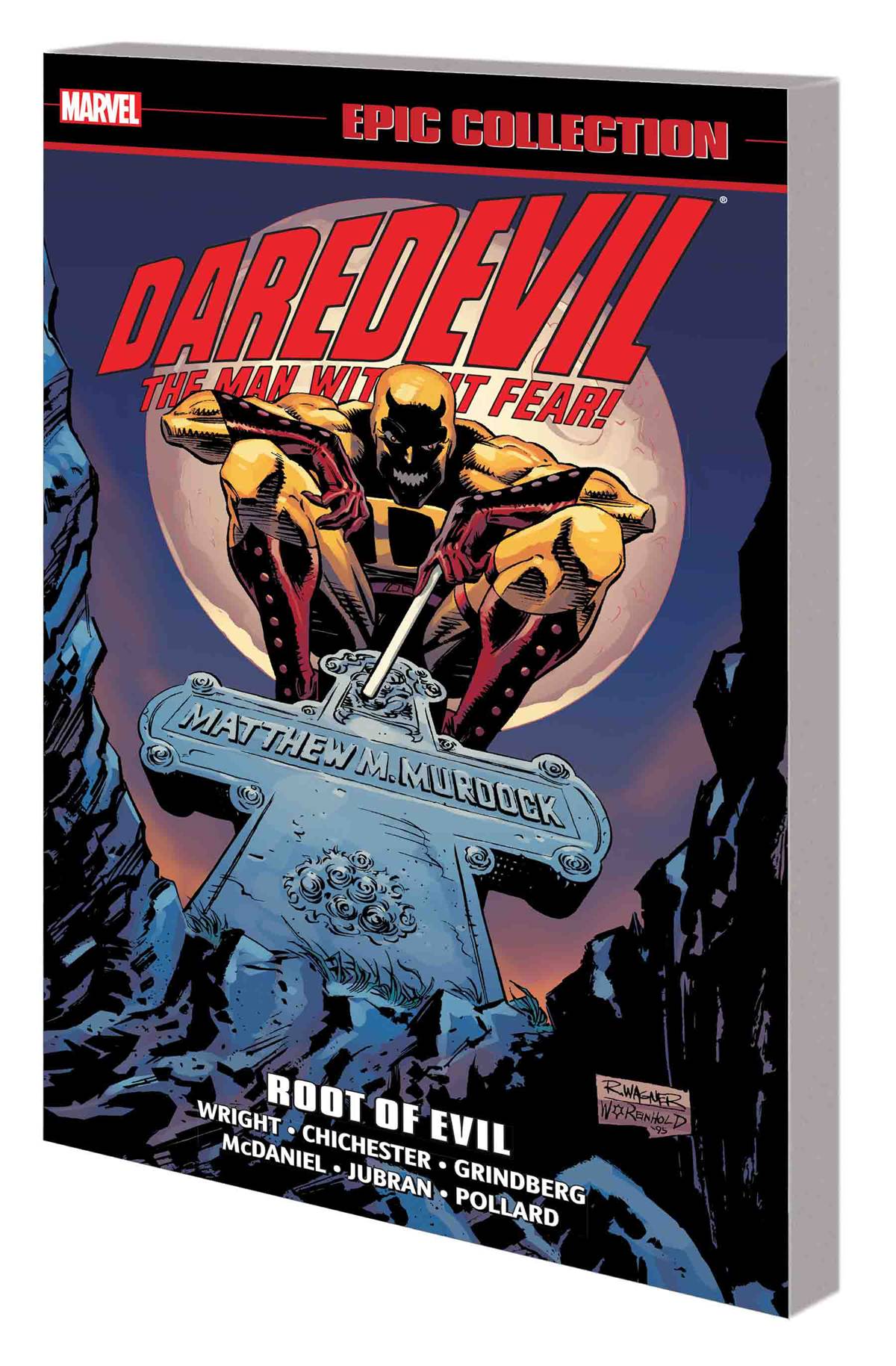 #
MAY180986
(W) Gregory Wright, D.G. Chichester, Alan Smithee, Warren Ellis, J. M. DeMatteis (A) Scott McDaniel, Alexander Jubran, Keith Pollard, Arvell M. Jones, Ron Wagner (CA) Tom Grindberg
Dark times for Daredevil - and Elektra! When DD heads underground, he gets drawn into an ordeal involving Bushwacker, the Devourer and...Deathlok? But as things get explosive, is the biggest menace the underground King - or the rising Kingpin? Out of costume, it's Matt Murdock no more - now he's Jack Batlin, street hustler! But when a Kruel menace targets Matt's friends, "Jack's" old life quickly comes back to haunt him! It's time for the 'Devil to do a little soul-searching, before his identity crisis pushes him over the edge! Will Nick Fury and the Punisher play a part in the return of the "real" Daredevil? Plus: DD's former flame, the assassin Elektra, stars in her own epic tale of darkness and deception - taking on the Hand and the sinister Snakeroot! Collecting DAREDEVIL (1964) #333-344 and ELEKTRA: ROOT OF EVIL #1-4.
Rated T+
In Shops: Jul 25, 2018
SRP: $39.99
ORDER WISH LIST