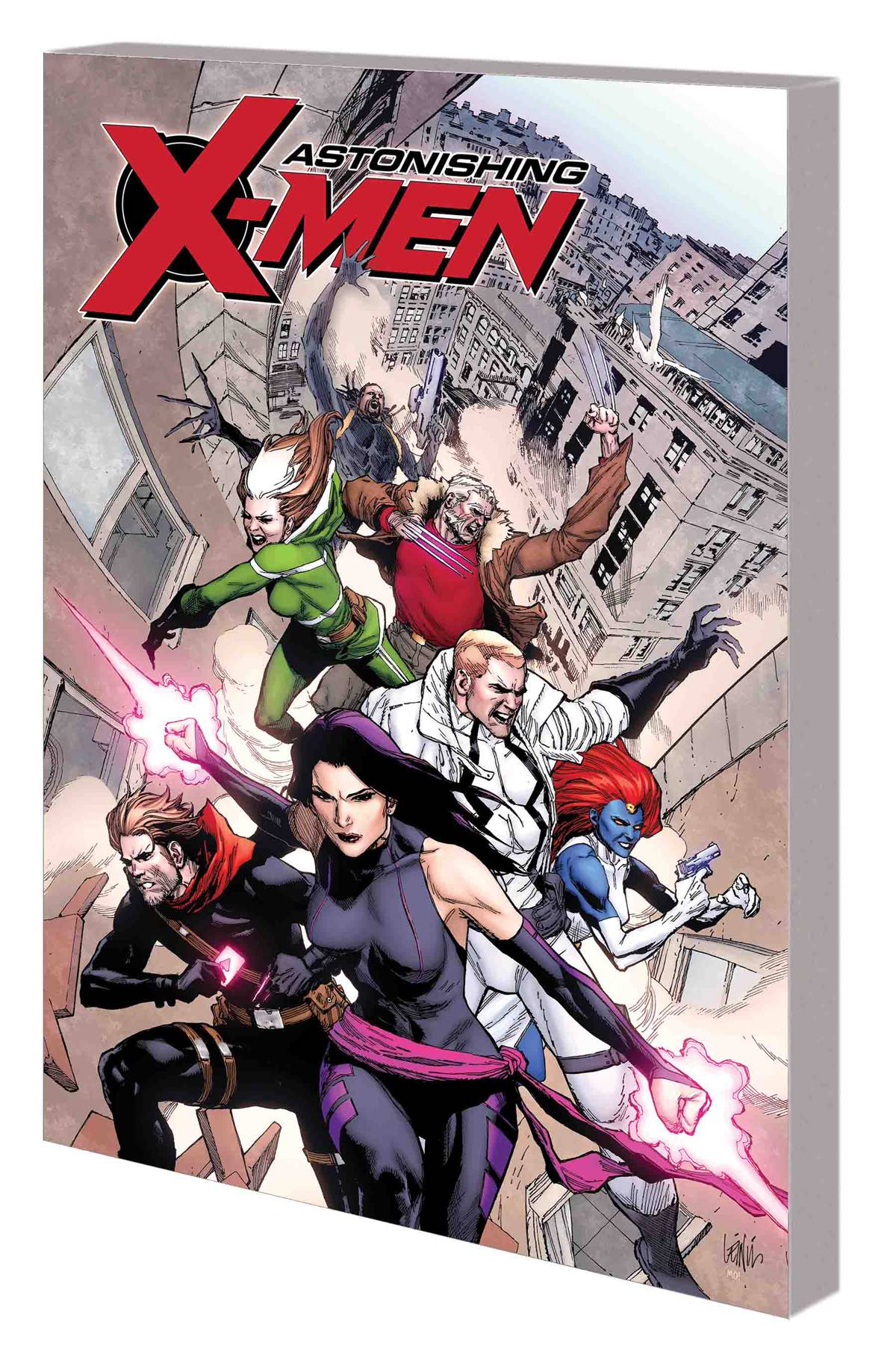 #
MAY180976
(W) Charles Soule (A) Phil Noto, Paulo Siqueira, Matteo Buffagni, Aco, Ron Garney, Gerardo Sandoval (CA) Leinil Francis Yu
Charles Xavier is back! And he has a plan. He's going to save the world - whether the world likes it or not! But Charles may have made the greatest mistake of his life: Proteus, one of the most terrifying adversaries the X-Men have ever faced, has returned as well! But evil doesn't always know it's evil. Still reeling from their narrow escape from the Shadow King and the loss of a crucial ally, how will the mutant heroes face an enemy with the power to remake the world? As a reality storm batters London and its inhabitants, Psylocke must decide between trusting the mysterious man called X and letting her beloved city fall into ruin. Meanwhile, with the fate of the planet at stake, the X-Men choose their field commander for the looming battle against Proteus! Collecting ASTONISHING X-MEN (2017) #7-12.
Rated T+
In Shops: Aug 01, 2018
SRP: $17.99
View All Items In This Series
ORDER WISH LIST