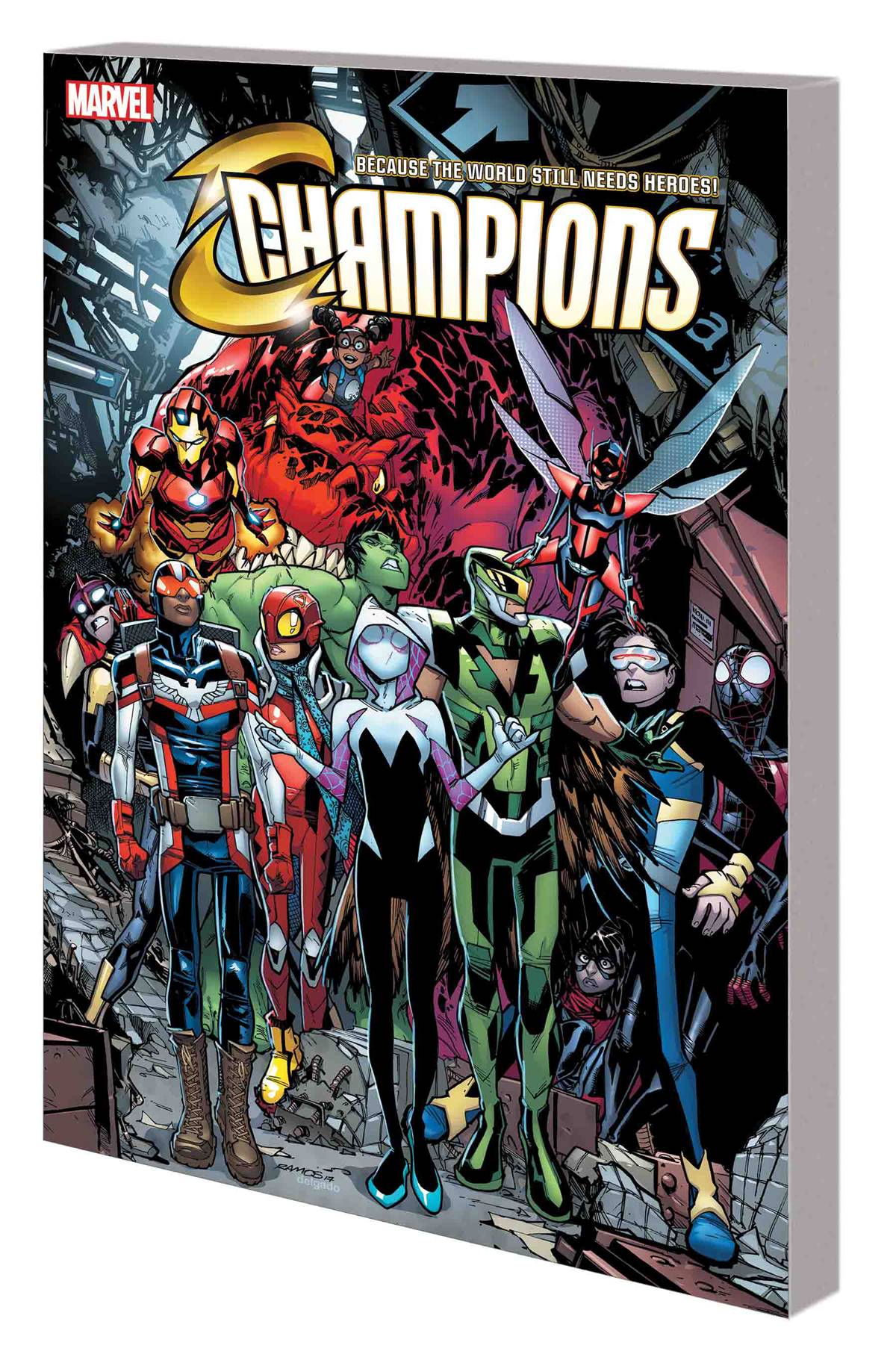 #
MAY180966
(W) Mark Waid, Jeremy Whitley (A) Ted Brandt, Ro Stein (A/CA) Humberto Ramos
Following the staggering loss suffered in their adventure with the Avengers, the Champions decide to double down on their mission to make the world a better place - and that means it's time for a membership drive! Some of the best and brightest young superhumans in the Marvel Universe - including Red Locust - turn up to be Champions for a day! But who will make the grade as the new order changeth? And how long will they last when - following a series of tragic setbacks and shakeups - the disillusioned Champions begin to consider giving up the fight after all? Plus: As monsters are unleashed on Earth, a peaceful protest in an endangered habitat leads the team into a showdown with the Freelancers - not to mention giant Leviathons falling from the sky! Collecting CHAMPIONS (2016) #16-18 and #1.MU.
Rated T+
In Shops: Aug 08, 2018
SRP: $15.99
View All Items In This Series
ORDER SUBSCRIBE WISH LIST