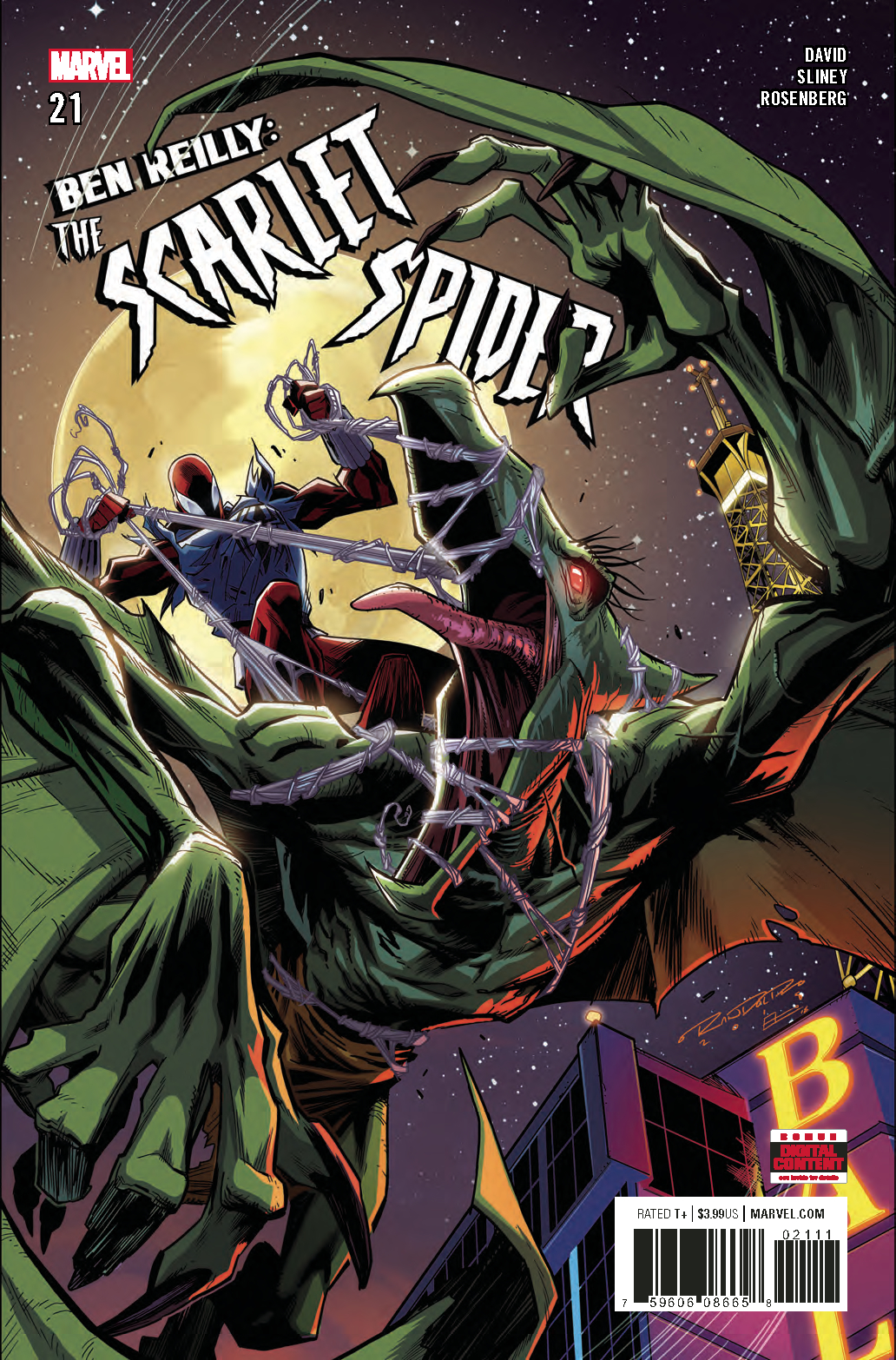 MAY180859
(W) Peter David (A) Will Sliney (CA) Khary Randolph
• For months, an occult group called The Diogenes Initiative has been resurrecting heroes and letting them run amok in Ben Reilly's town. As the Scarlet Spider, he may have a thing or two to say about that.
•  IN THIS ISSUE: Ben gets one step closer to a miracle cure for young Abigail Mercury...
•  ...and with it, one step closer to a fight to the death with his "brother" Kaine!
Rated T+
In Shops: Jul 04, 2018
SRP: $3.99
View All Items In This Series