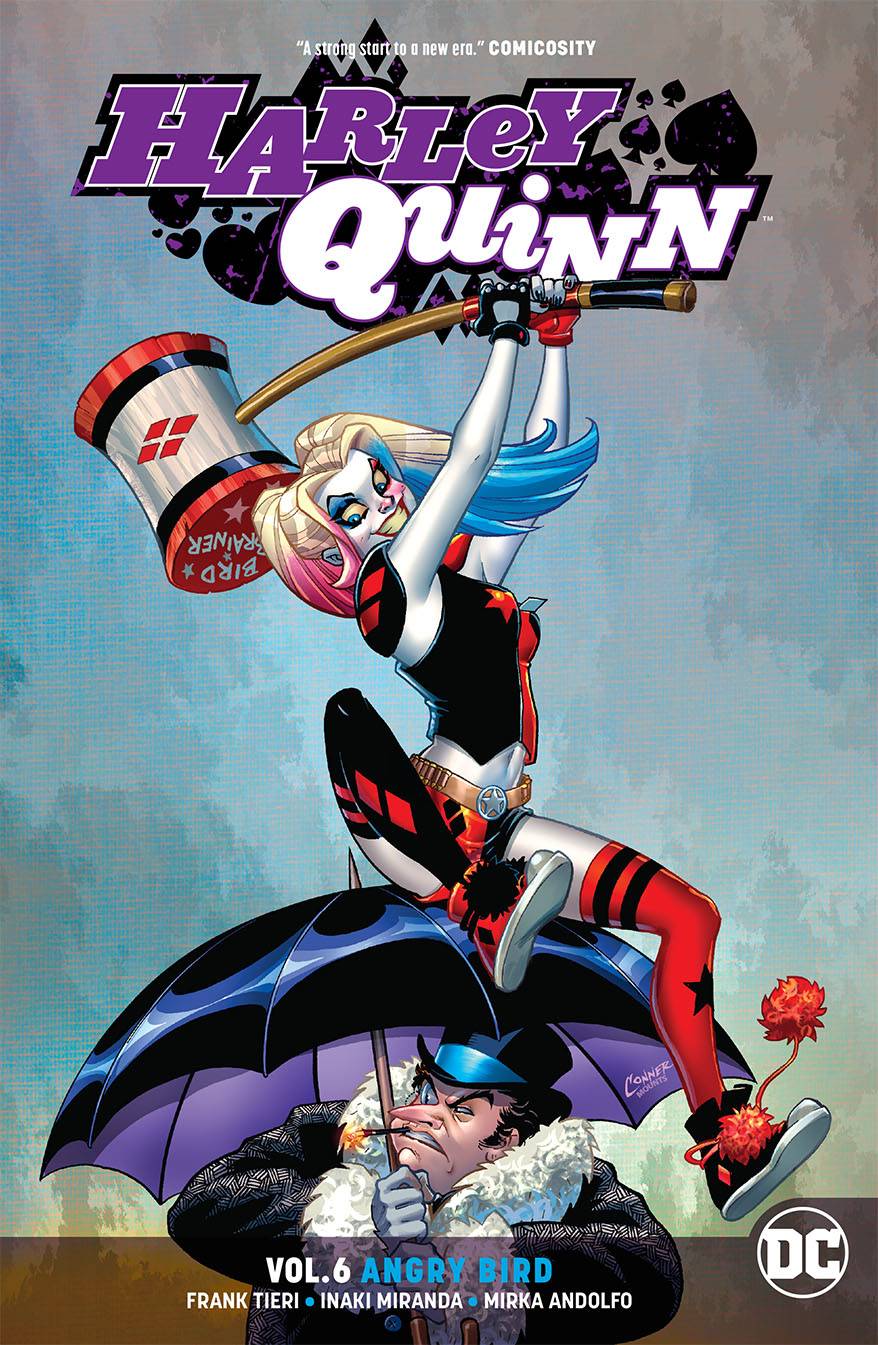 #
MAY180581
(W) Tieri, Frank (A) Inaki Miranda, Mirka Andolfo, Eleonora Carlini, John Timms, Moritat, Mauricet (CA) Amanda Conner
Ever since the Penguin started horning in on New York City, he and Harley Quinn have been stuck in a cold war...and it's about to heat up! Making a long-term investment in a Gotham City that's crawling with Bats isn't the Penguin's style, so now he's hell-bent on making Coney Island his new nest! Collects HARLEY QUINN #35-42.
In Shops: Aug 15, 2018
SRP: $19.99
View All Items In This Series
ORDER WISH LIST