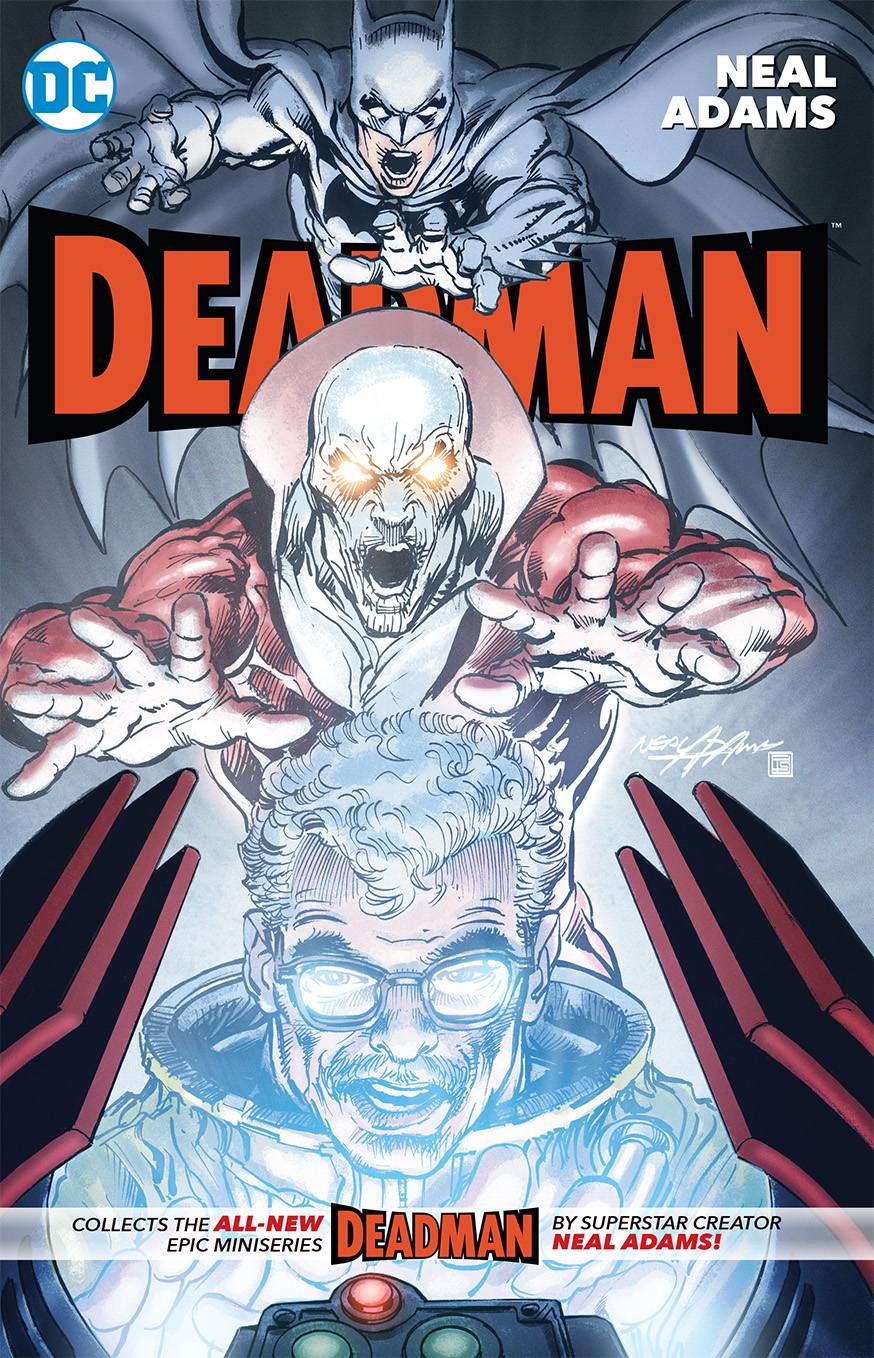 #
MAY180575
(W) Neal Adams (A/CA) Neal Adams
When we last left Deadman, the true story had barely begun! Deadman's death was unsolved, and his fate was intertwined with that of his parents and siblings. Even the Dark Knight Detective couldn't solve the mysteries of Boston Brand's fantastic secrets! Now Batman is back, confronting Deadman about who was really behind his death. Was Boston Brand's assassination a test for the League of Assassins? Why does Batman think Ra's al Ghul was involved? And why does Deadman need the help of Zatanna, the Phantom Stranger, Doctor Fate and the Spectre to defend Nanda Parbat? Collects the six-issue miniseries.
In Shops: Aug 08, 2018
SRP: $16.99
ORDER WISH LIST