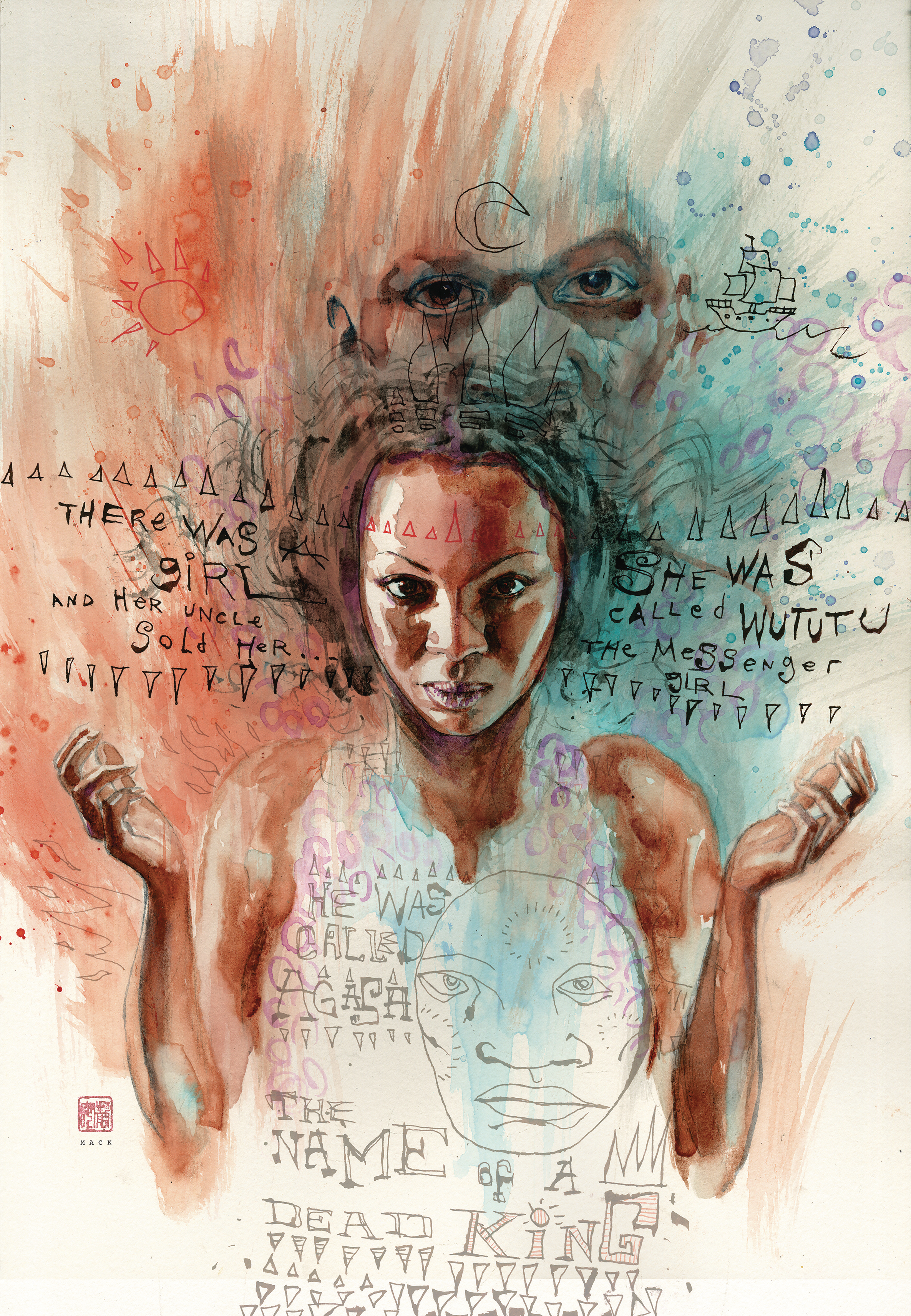 MAY180330
(W) Neil Gaiman, P. Craig Russell (A) Scott Hampton (CA) David Mack
Shadow joins the search for a missing girl while continuing to learn about the town he is now calling home.

Another "Coming to America" tale from Mr. Ibis walks us through the troubling history of the African slave trade in the late 18th century, and how a young girl named Wututu brought the beliefs of her homeland with her.