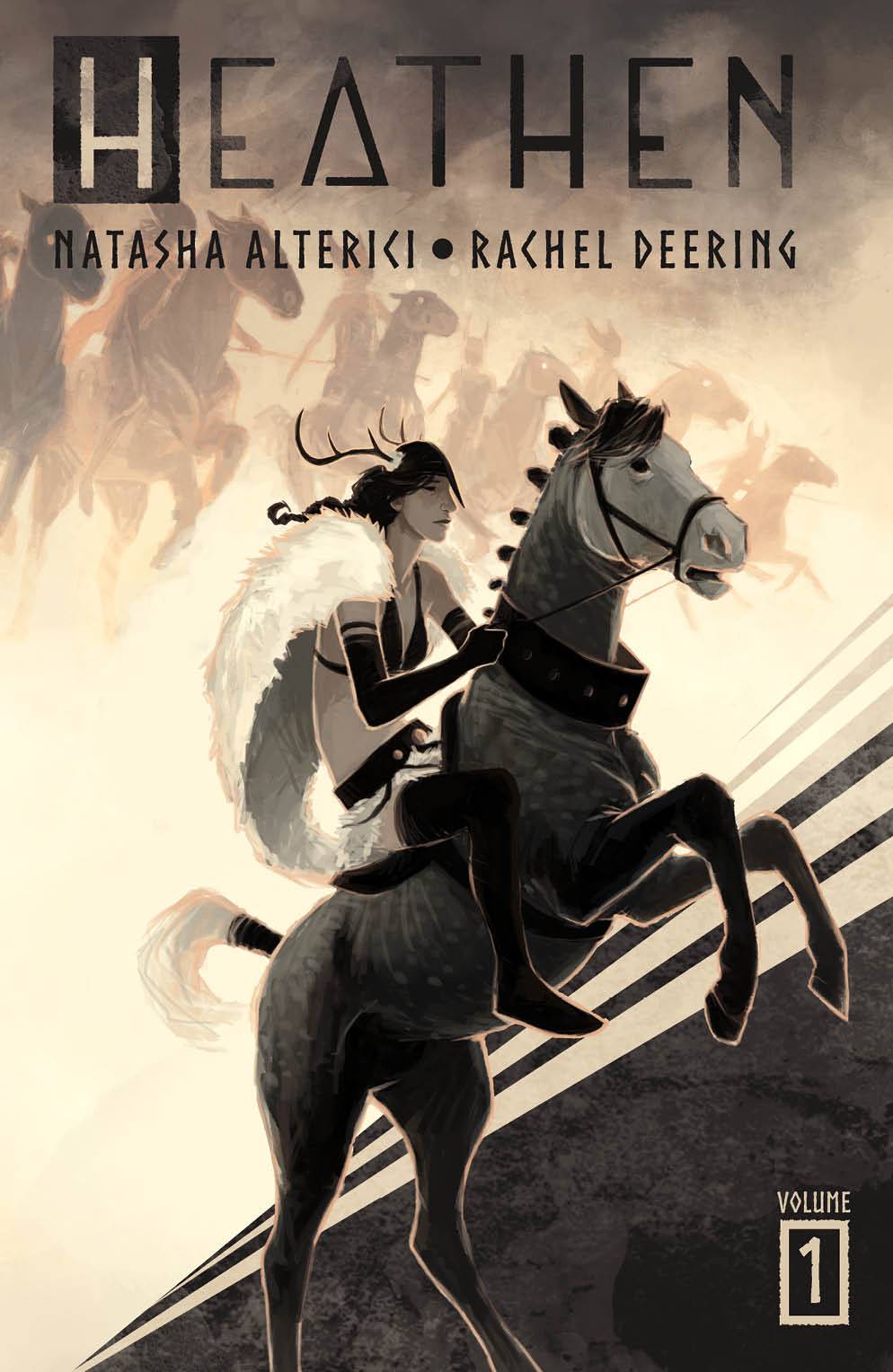 #
MAY171994
(W) Natasha Alterici (A/CA) Natasha Alterici
From critically acclaimed creator Natasha Alterici (Gotham Academy) comes an Nordic fantasy adventure that defies conventions and expectations. Aydis is a viking, a warrior, an outcast, and a self-proclaimed heathen. Aydis is friend to the talking horse Saga, rescuer of the immortal Valkyrie Brynhild, and battler of demons and fantastic monsters. Aydis is a woman. Born into a time of warfare, suffering, and subjugation of women, she is on a mission to end the oppressive reign of the god-king Odin. Collects the first four sold-out issues!
In Shops: Aug 02, 2017
SRP: $15.99
View All Items In This Series
ORDER SUBSCRIBE WISH LIST