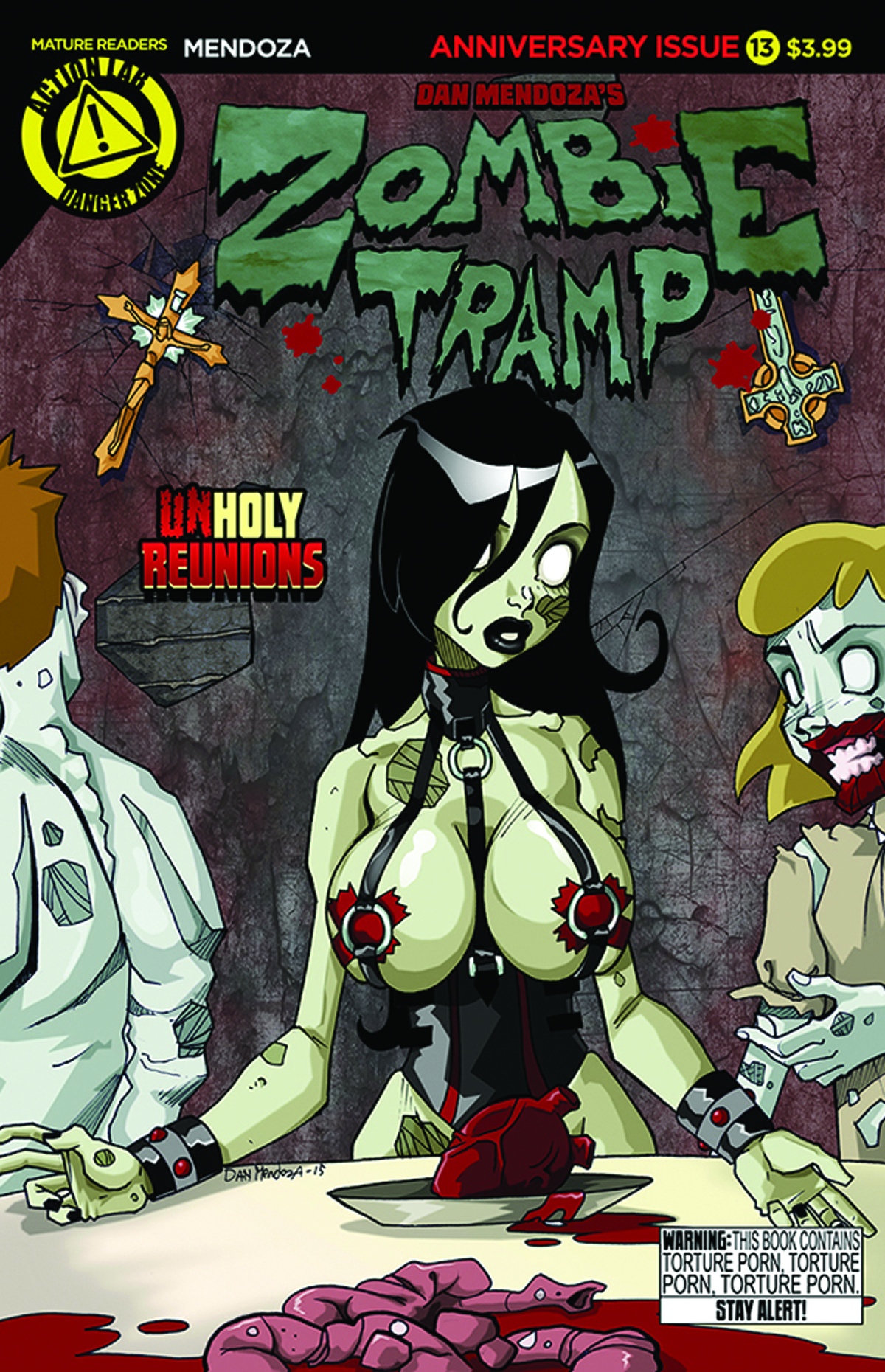 MAY150877
(W) Dan Mendoza, Jason Martin (A) Victoria Harris (CA) TMChu
Special anniversary issue - Dan Mendoza returns for the one year anniversary of the ongoing series in a special issue written and drawn by the Zombie Tramp creator himself. As Janey makes her way to Florida for vengeance, she's offered a chance at forgiveness to one of those that wronged her and set her on her twisted path.

Features regular and risqué variant covers by series creator Dan Mendoza (risqué limited to 2500 copies) and a variant cover by series artist TMChu (limited to 2000 copies), and for the first time a blank "sketch" cover (limited to 1500 copies).
In Shops: Jul 01, 2015
SRP: $3.99
View All Items In This Series
ORDER SUBSCRIBE WISH LIST