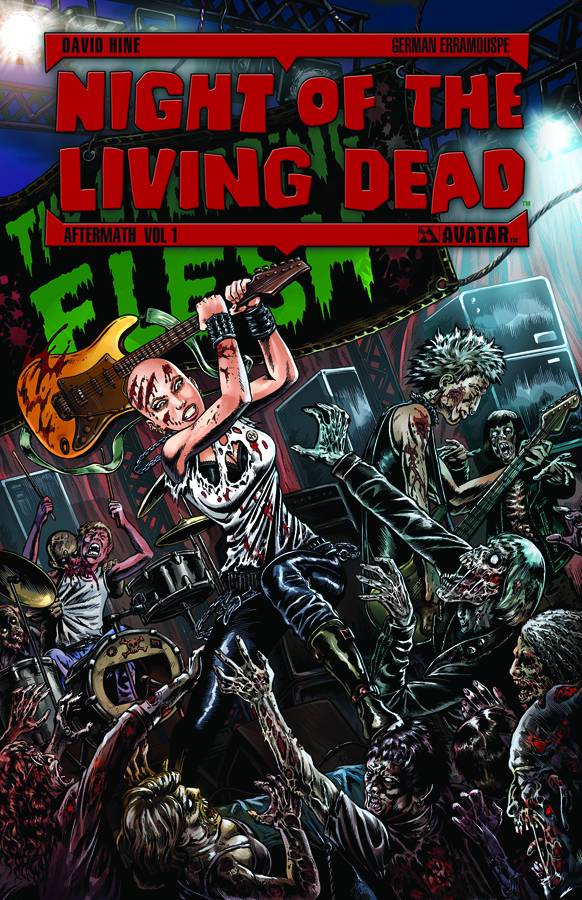 #
MAY130872
(W) David Hine (A) German Erramouspe (CA) Raulo Caceres
The original zombie phenomenon returns with horror writer David Hine directing the re-emergence of the undead in America. Set in the excesses of the late 1970s we follow the world as it has evolved with the zombie threat. The nation believes the epidemic contained, but when a virulent outbreak turns Las Vegas into a shambling graveyard, the government is forced to lock it down under quarantine. A group of unlikely survivors finds out the hard way that even with the undead, what happens in Vegas stays in Vegas. And in this case it means a female punk rock zombie fetishist has to grow up in a hurry and find a way out before the living are the last morsels on the ghoul buffet. This modern horror classic delivers a powerful human drama of grueling horror survival at the hands of the shambling dead! A new chapter in terror is born with the official Night of the Living Dead graphic novel series! This trade collects issues #1-6 of the ongoing Night of the Living Dead: Aftermath series.
In Shops: Jul 03, 2013
SRP: $19.99
View All Items In This Series
ORDER WISH LIST