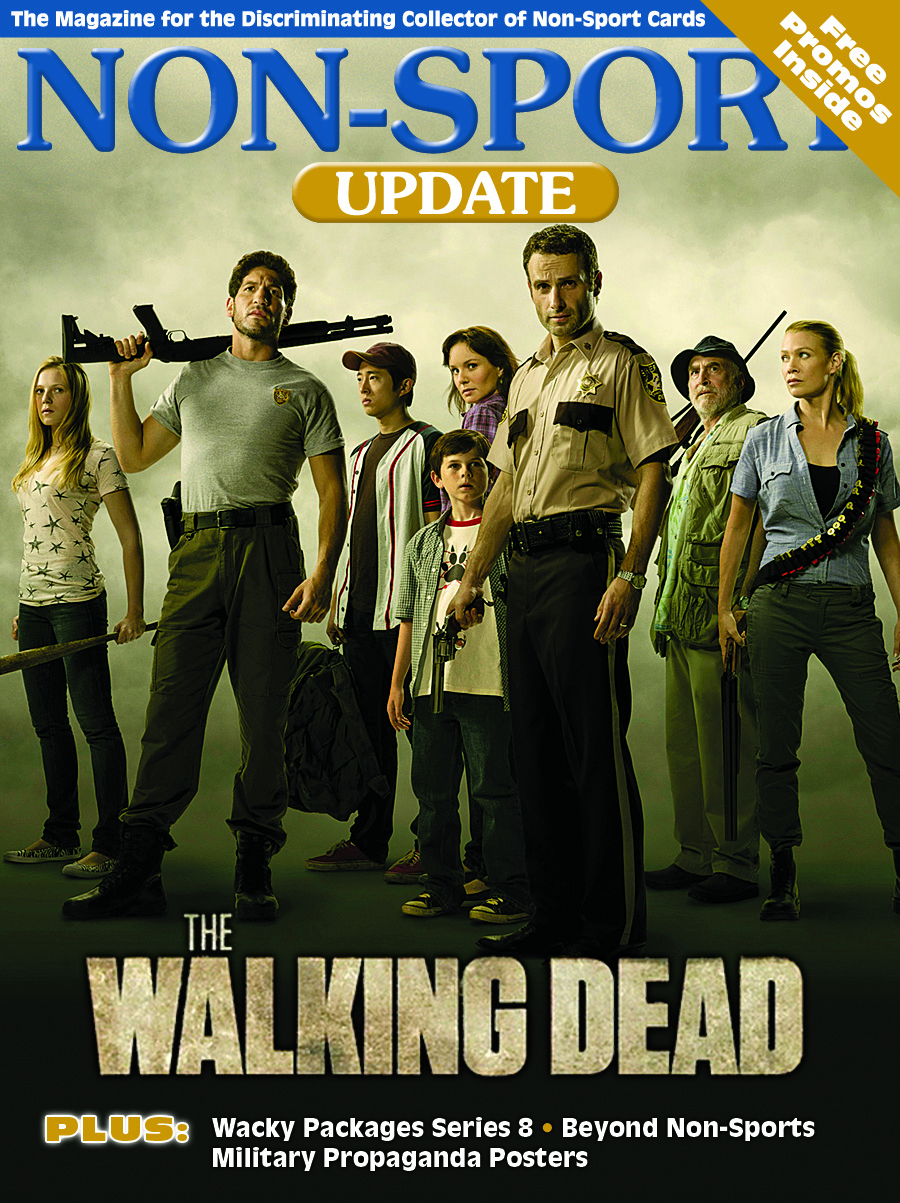 MAY111318
The Walking Dead is coming to trading cards courtesy of Cryptozoic Entertainment and Non-Sport Update is excited to feature TWD on our cover! Read about the upcoming card series and second season of television's most watched drama series among adults in basic cable history. The Aug/Sep issue will also contain a promotional card for The Walking Dead as well as a Marvel Universe 2011 promo card from Rittenhouse Archives.