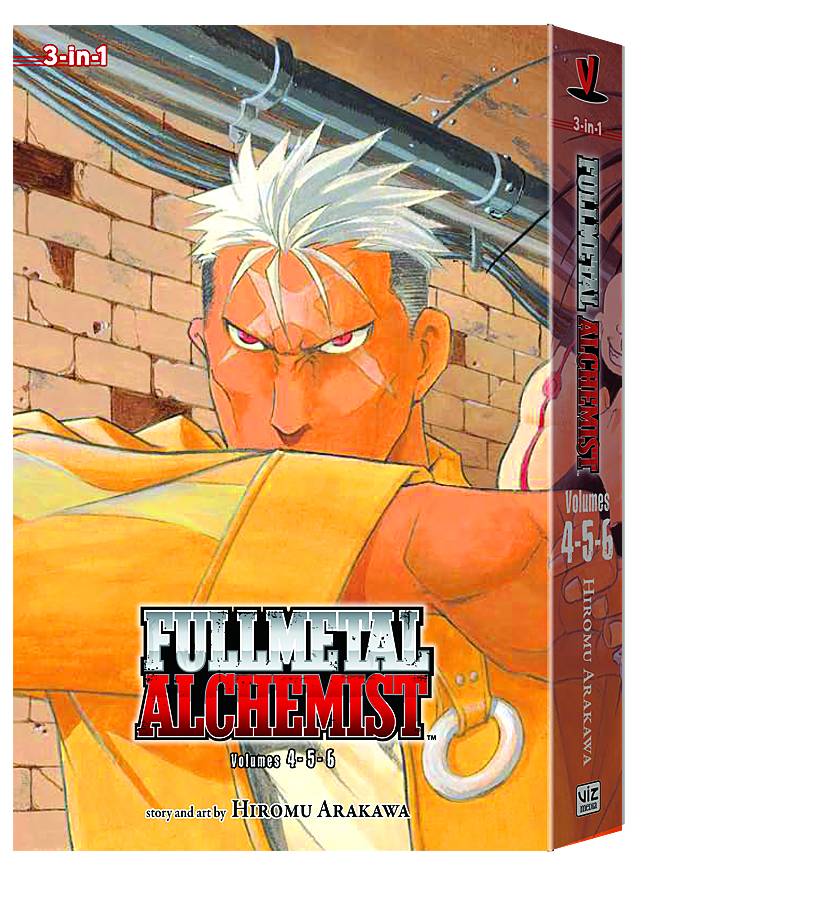 MAY111254
(W) Hiromu Arakawa (A/CA) Hiromu Arakawa
Containing volumes 4, 5 and 6 of Fullmetal Alchemist!
Trapped and injured in a secret alchemical laboratory, Edward Elric is at the mercy of his enemies, Lust and Envy. But they don't want him dead...they have other plans for him. As the laboratory goes up in flames, the brothers find themselves back at square one, with only an inkling of the massive scale of the Philosopher's Stone conspiracy. But then, Lieutenant Colonel Maes Hughes uncovers a shocking secret...
In Shops: Aug 03, 2011
SRP: $14.99
View All Items In This Series