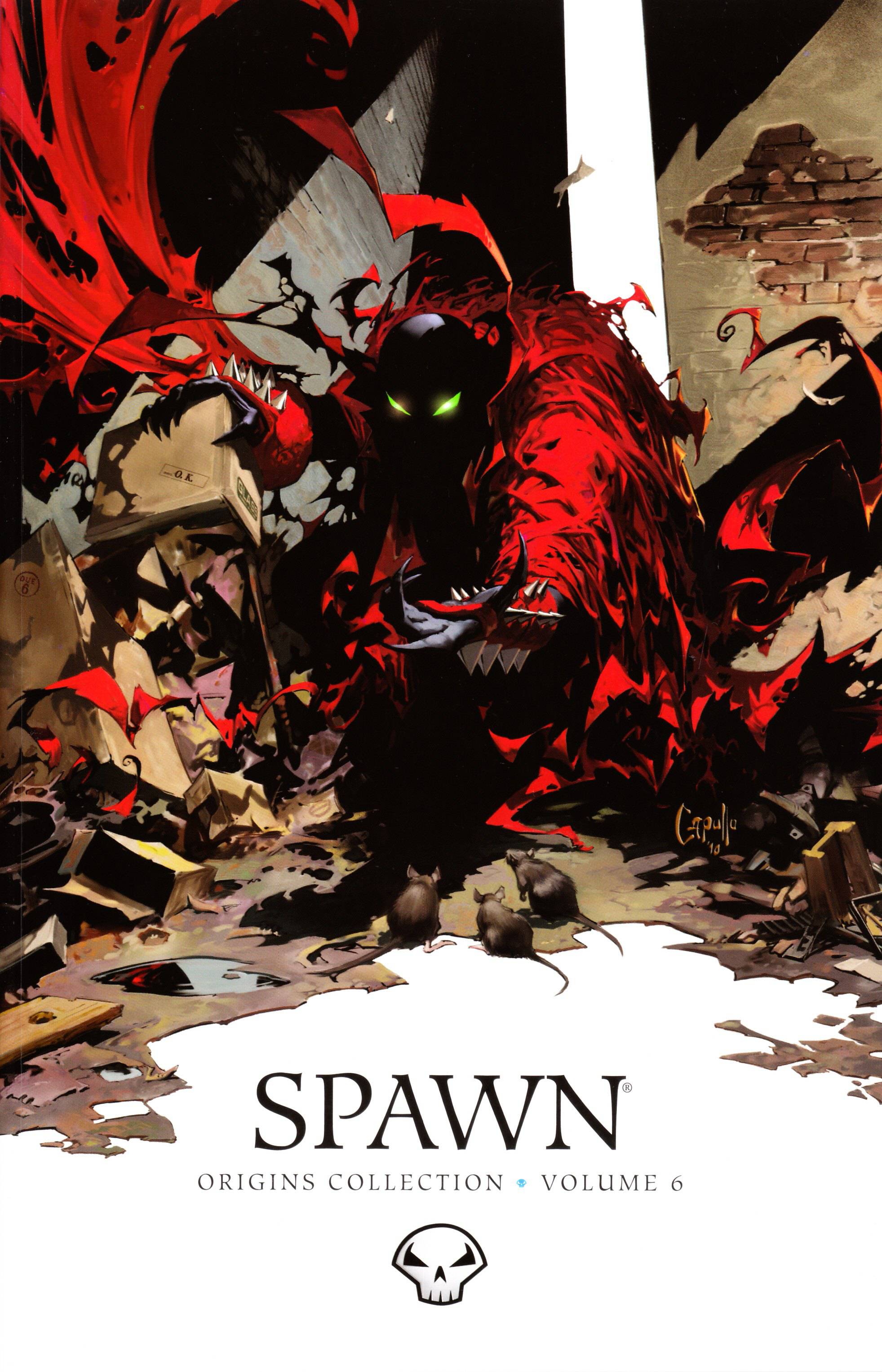 #
MAY100459
(W) Todd McFarlane, Alan Moore (A) Kevin Conrad, Tony S. Daniel, Todd McFarlane (A/CA) Greg Capullo
The latest addition to the SPAWN: ORIGINS family of books is coming your way! SPAWN: ORIGINS, VOL. 6 collects classic SPAWN stories written by Spawn creator TODD McFARLANE with art by TODD McFARLANE & GREG CAPULLO. Also in this collection you'll find a story co-written by comics legend ALAN MOORE (Watchmen) and an issue penciled by comics hot-shot TONY DANIEL (Batman).
Follow Spawn as he skulks the forgotten alleys of NYC while plotting revenge against his greatest foes. The cat and mouse game between Jason Wynn and Terry Fitzgerald heats up with Spawn caught in the middle. How will he survive this latest onslaught with the Freak, Cy-Gor and even the Violator returning to attack when least suspected?
In Shops: Jul 14, 2010
SRP: $14.99
View All Items In This Series
ORDER SUBSCRIBE WISH LIST