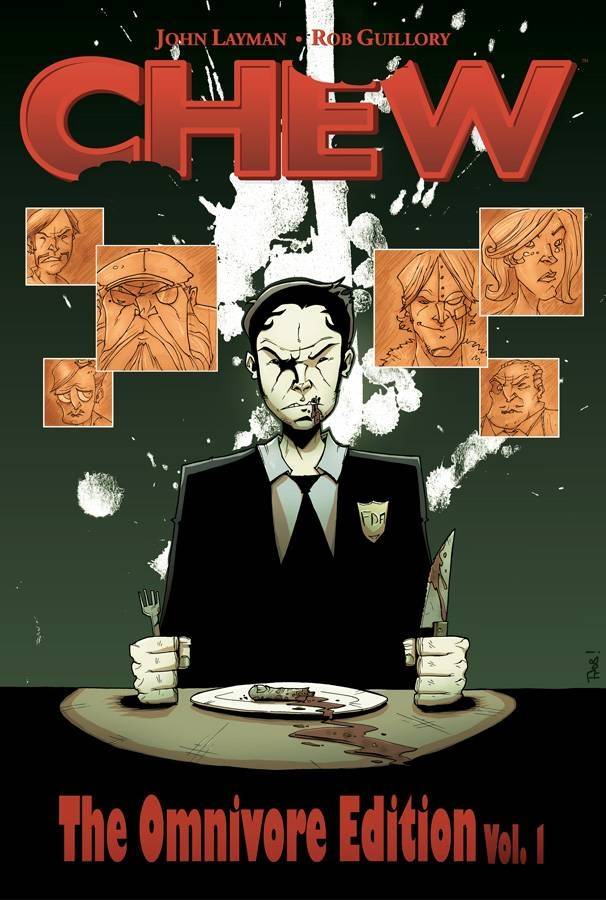 #
MAY100435
(W) John Layman (A/CA) Rob Guillory
Tony Chu is a detective with a secret. A weird secret. Tony Chu is Cibopathic, which means he gets psychic impressions from whatever he eats. It also means he's a hell of a detective, as long as he doesn't mind nibbling on the corpse of a murder victim to figure out whodunit, and why. He's been brought on by the Special Crimes Division of the FDA, the most powerful law enforcement agency on the planet, to investigate their strangest, sickest, and most bizarre cases.
This gorgeous oversized edition, loaded with extras, follows Tony for the first ten issue of IGN.com's pick for "Best Indie Series of 2009," and MTV Splash Page's "Best New Series of 2009." Collects the New York Times best selling "Taster's Choice," as well as the follow-up story-arc "International Flavor".
In Shops: Aug 11, 2010
SRP: $34.99
View All Items In This Series
ORDER WISH LIST