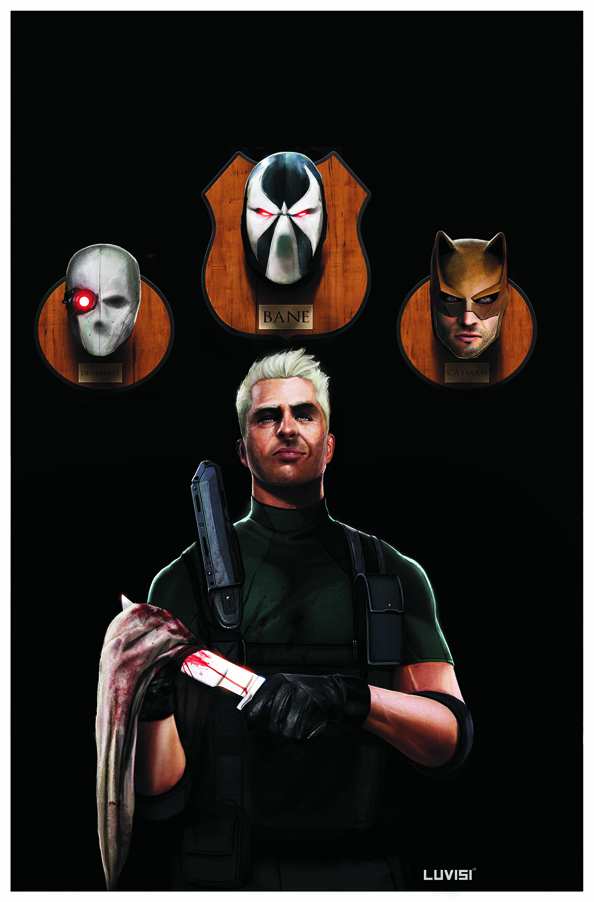 MAY100175
(W) John Ostrander (A) R. B. Silva (CA) Daniel Luvisi
Written by JOHN OSTRANDER
Art by RB SILVA & ALEXANDRE PALAMARO
Cover by DANIEL LUVISI
Guest writer John Ostrander (SUICIDE SQUAD) brings you a story about men who choose to hunt the most dangerous game in the world: The Secret Six! The Six are tricked into traveling to a secluded island where they're trapped in a fight for their lives. But the Six are nobody's prey!
On sale JULY 7
32 pg, FC, $2.99 US