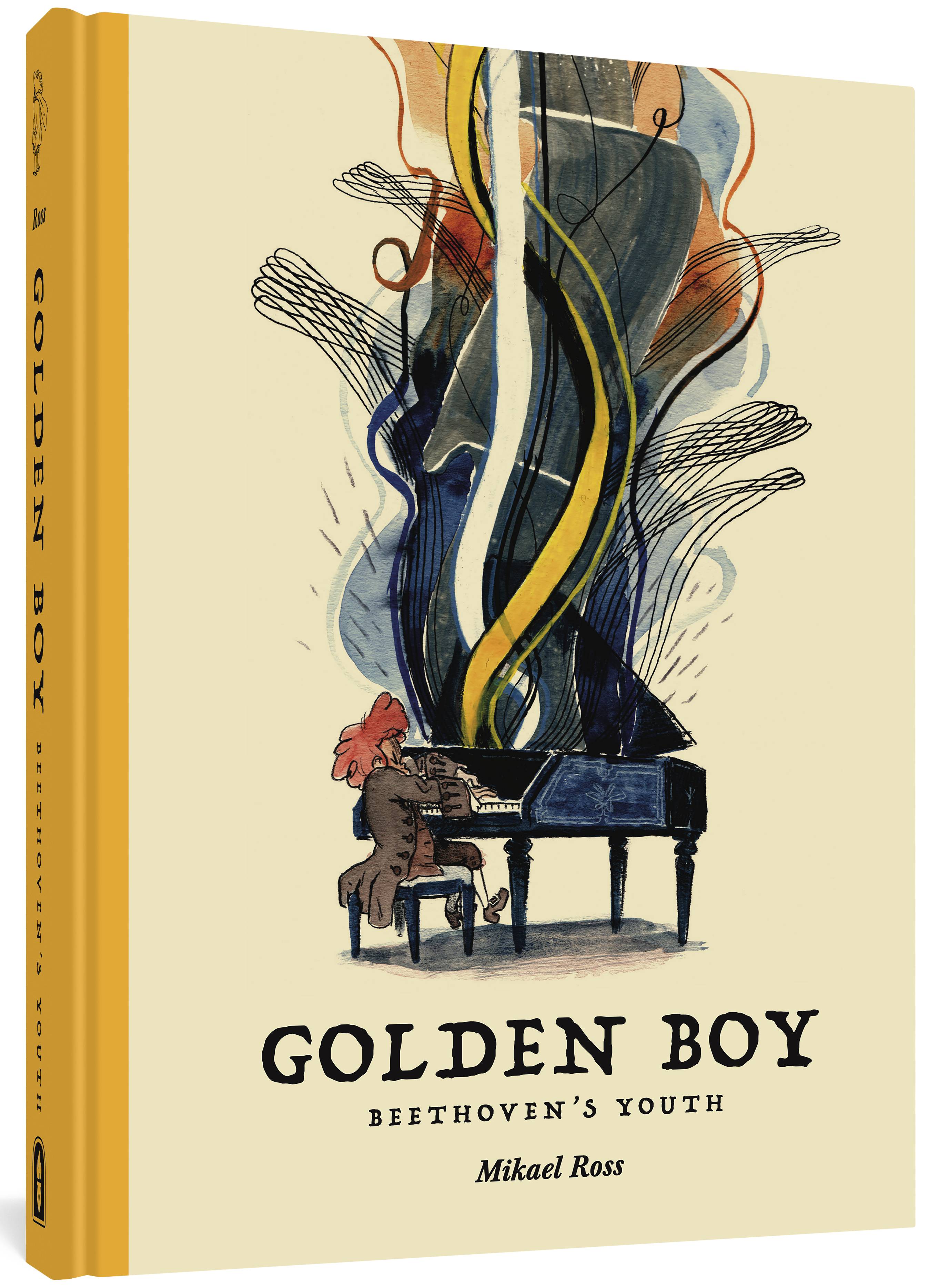 #
MAR221614
(W) Mikael Ross (A/CA) Mikael Ross
Ludwig van Beethoven created music that moves and
inspires us to this day; his very name sparks a melody
in the ear. But are you born a genius? This graphic
biography asks: "Who was Beethoven before he
became 'Beethoven'?"
Master cartoonist Mikael Ross (The Thud) tells the story of Beethoven
from 1778 to his first major public appearance in Vienna in 1795.
It begins when the family is living a difficult life in Bonn. Father
Johann battles with alcoholism and is deep in debt. Only young
Ludwig and his talent at the piano offer any hope for the future - if
only he would stop composing his own pieces and just play what's
expected of him.
Author Ross was asked to do a small comic for the Beethoven
Society. Through this opportunity, he discovered the diaries of the
baker's son that lived downstairs from Beethoven's family, the content
of which inspired Golden Boy. As in his previous book, The Thud, Ross skillfully
mixes humor with empathy and pure social drama, crafting a coming-of-age story
that transcends its biographical subject matter. His colorful, expressive style and
mastery of the language of comics are perfectly suited to the tall task of capturing
Beethoven's timeless music visually.
mikael ross is a Berlin-based cartoonist and tailor. Ross was the recipient of the
very first graphic novel scholarship from Berlin's Senate Department for Culture and
Europe.
In Shops: Jun 08, 2022
SRP: $29.99
ORDER WISH LIST