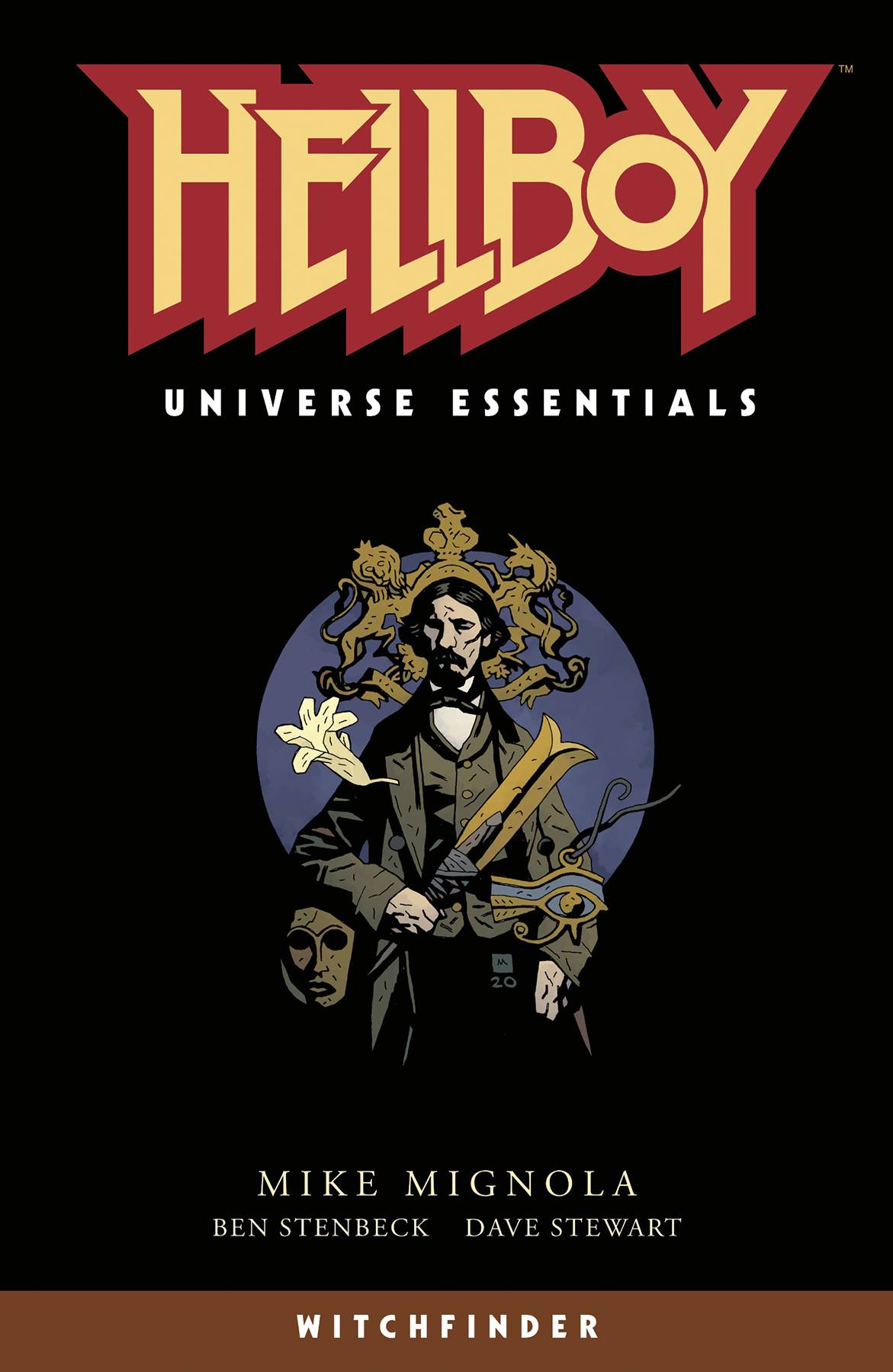 #
MAR220348
(W) Mike Mignola (A) Ben Stenbeck (CA) Mike Mignola
Hellboy Universe Essentials: Witchfinder chronicles one of Sir Edward Grey's first cases as an agent of the queen, an occult mystery that takes Grey from the sparkling echelons of Victorian London to its dark underbelly in his inaugural clash with the city's most infamous secret society: The Heliopic Brotherhood of Ra.

Hellboy universe creator Mike Mignola has hand-picked this series of Hellboy Universe Essentials adventures for new readers. Dive into the world of Sir Edward Grey, Witchfinder with story by Mignola, art by Ben Stenbeck, and colors by Dave Stewart! Collects In the Service of Angels #1-#5.
In Shops: Aug 10, 2022
SRP: $14.99
ORDER WISH LIST