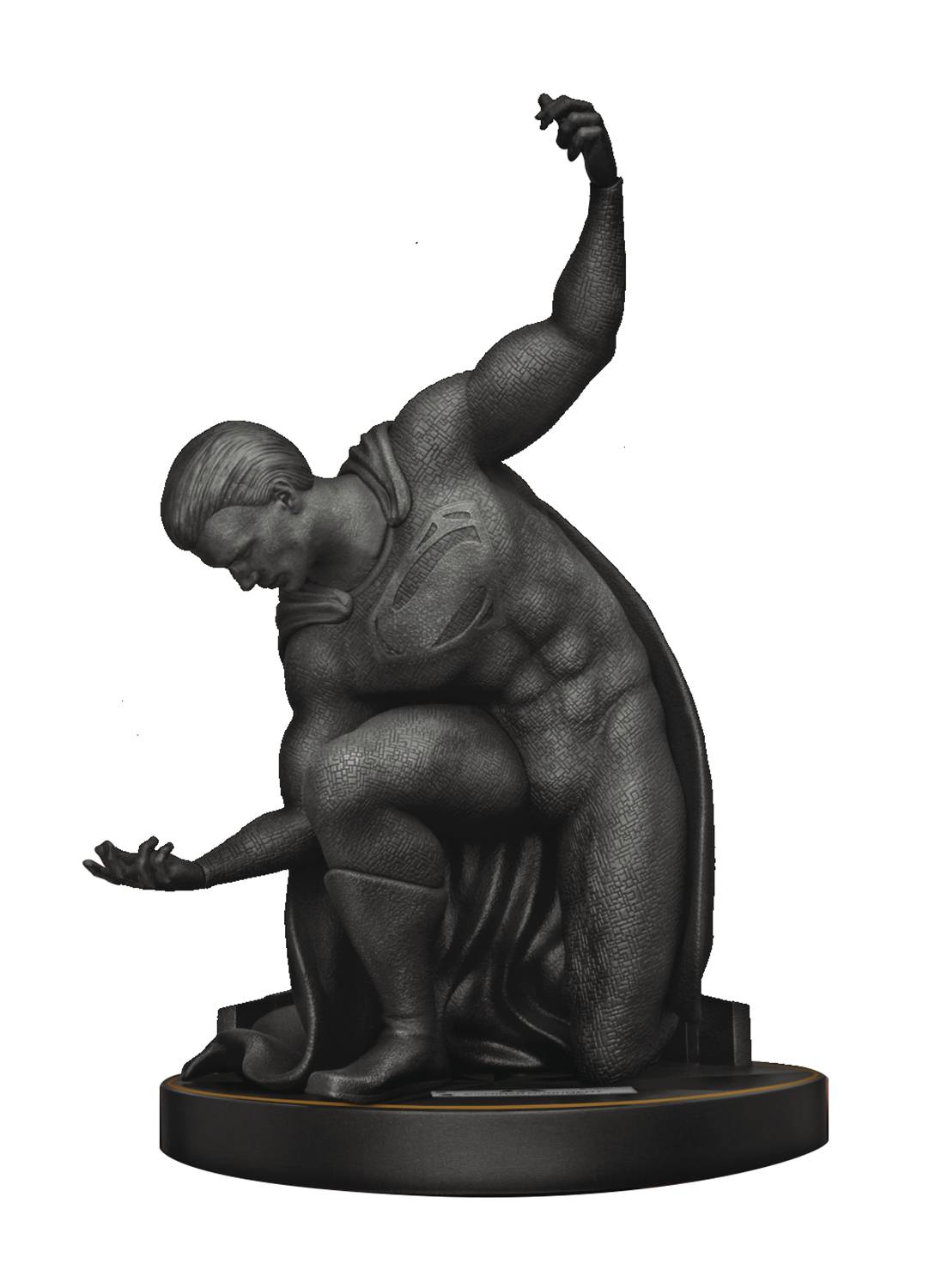 # # # # # # # #
MAR219392
From Beast Kingdom. Beast Kingdom's Master Craft line of high quality, handmade statues, takes on the Last mighty Son of Krypton, with the MC-040, Batman Vs Superman: Dawn Of Justice Memorial Statue! As seen in the movie, Superman as played by Henry Cavill is depicted in a classic Greek God pose, carrying the weight of the universe in his hands. The Master Craft series continues its tradition of craftsmanship with this highly coveted release! Using special metallic-like paint, the statue is recreated in all its glory, and features dissenting graffiti that can be revealed under a black light! The MC-040 Batman v Superman: Dawn Of Justice Master Craft Superman Statue is limited to 3,000 pieces worldwide.