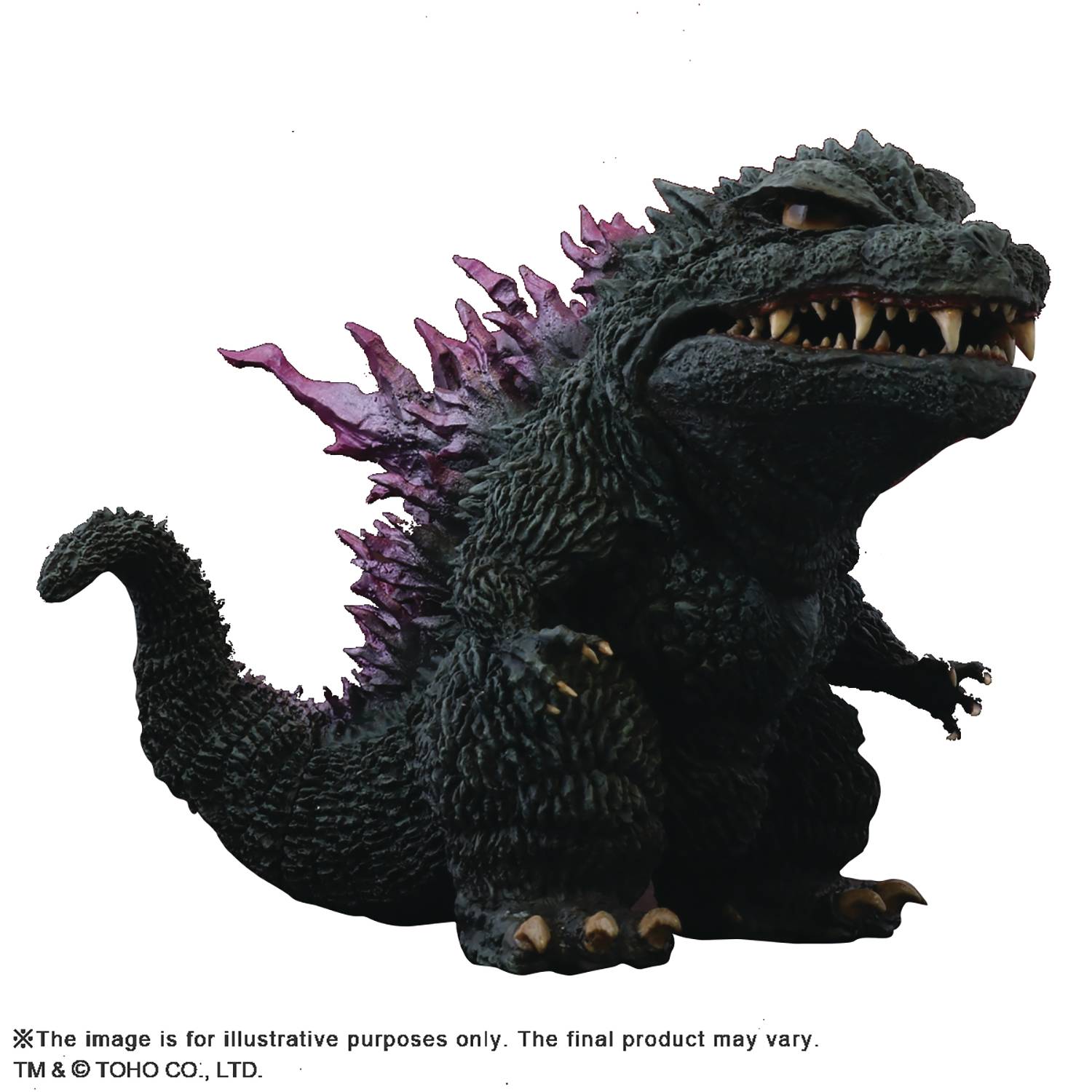 # # # #
MAR219051
From X-Plus. Godzilla (2000) from Godzilla vs. Megaguirus thunders its way into the Deforeal series! The reptilian details of this Godzilla have been shrunk down and deformed to produce an even more realistic model. This model leans even more forward than the already released Godzilla (1999), giving you some awesome vibes from the movie. Don't pass up on this chance to get your hands on this Godzilla (2000), the final Godzilla of the 20th century!