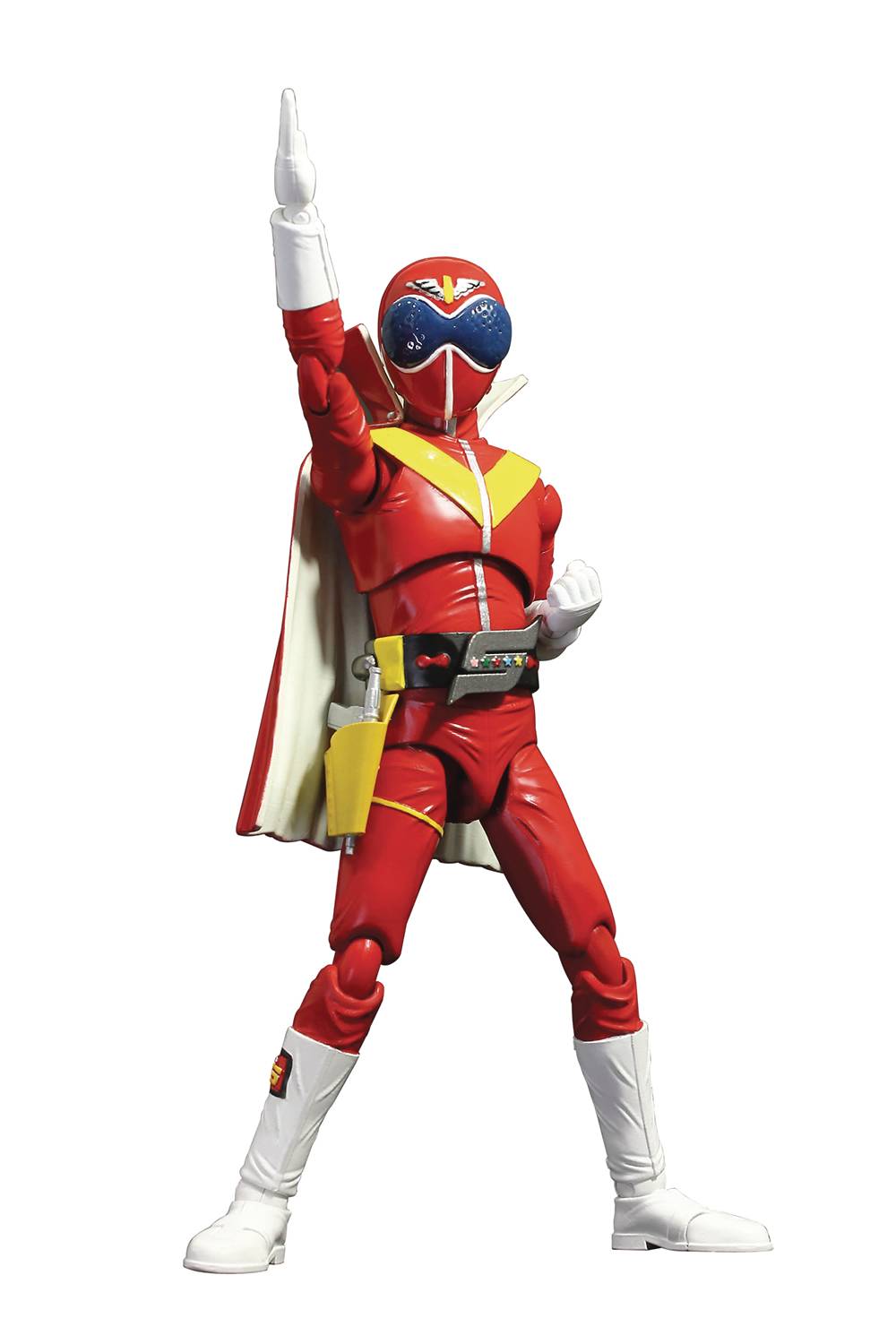 # # # # # #
MAR218689
From Evolution Toys. This year marks the 45th anniversary of the dawn of the Super Sentai series, and Evolution Toy celebrates with their Hero Action Figure (HAF) of Akaranger, from Secret Sentai Gorenger! Broadcast from 1975 to 1977, Gorenger set the standard for the many shows that followed and gained fans worldwide. Akaranger is highly posable and comes with interchangeable hands as well as parts for each variation of the Red Vute attack, the Gorenger Storm and Red Hunter.