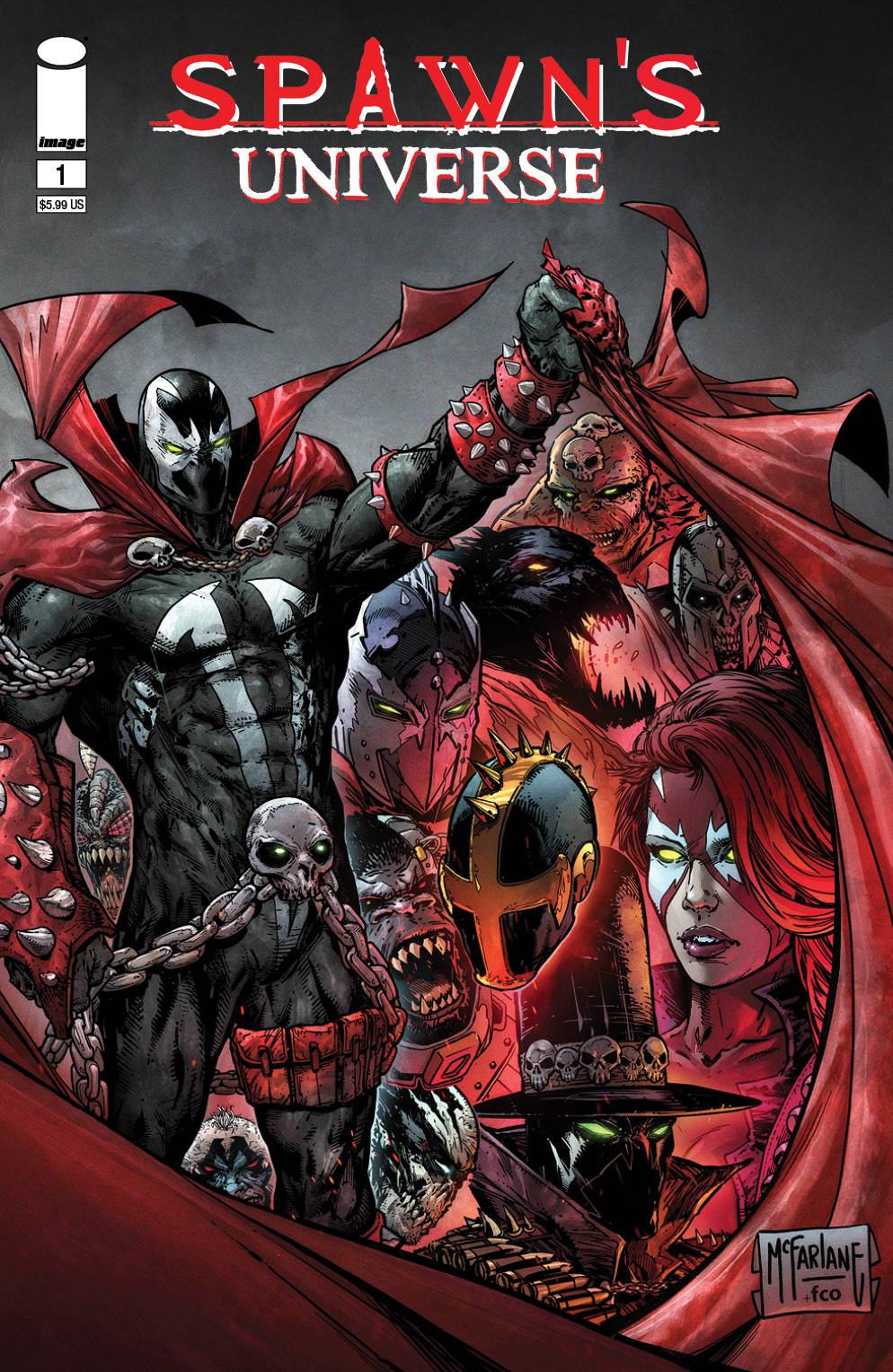 A double-sized issue that begins a storyline so huge that three NEW SPAWN-related monthly titles will spill out from it, including...

A new SPAWN title.
GUNSLINGER SPAWN monthly.
And a new TEAM book bringing a handful of these characters together in their own book.

With this one-shot...the world of SPAWN changes forever! New heroes. New villains, and more importantly, new titles coming to a comic shop near you. Join this list of artists as we unveil a historic moment in the mythology of SPAWN'S UNIVERSE: