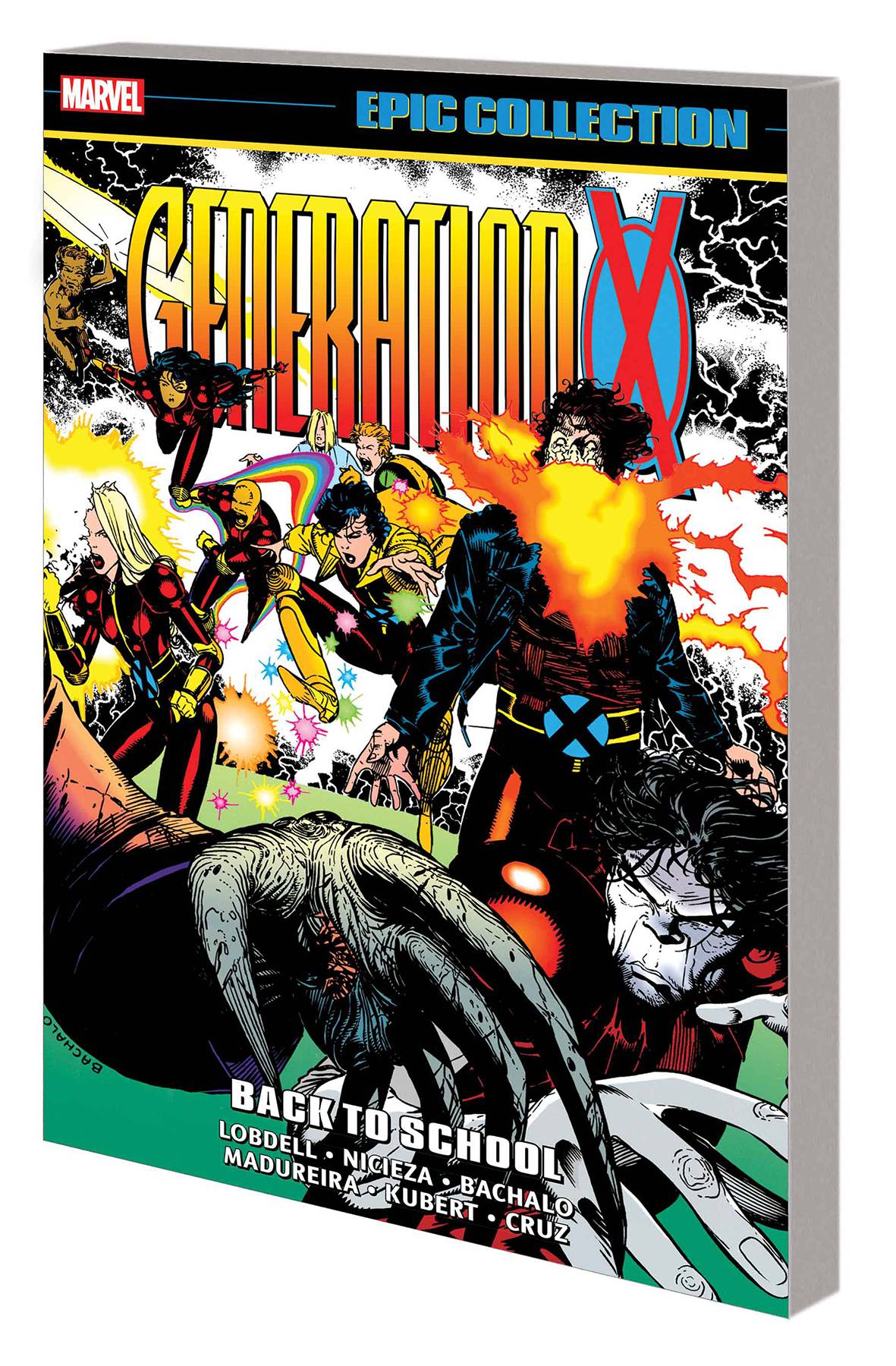 #
MAR210714
(W) Scott Lobdell, More (A) Joe Madureira, More (CA) Chris Bachalo
Meet the new class! The techno-organic aliens known as the Phalanx have targeted the next generation of mutants - and now Banshee, Jubilee and the White Queen must rescue Synch, Husk, M, Skin and Blink! But will all of them survive to attend the newly reopened Xavier's School? The sullen Chamber and mysterious Penance enroll as well - but who is the marrow-sucking monster called Emplate and what is his connection to one of the students? As the Gen X kids adjust to their new lives, romance blossoms and rivalries form even as they battle Orphan-Maker, Gene Nation and more! But what can their mutant powers do against...magic? Scott Lobdell and Chris Bachalo's '90s sensation begins here! Collecting UNCANNY X-MEN (1981) #316-318, X-MEN (1991) #36-37, GENERATION X (1994) #1-9, WOLVERINE (1988) #94, GENERATION X COLLECTORS' PREVIEW and GENERATION X ASHCAN EDITION.
Rated T
In Shops: Jul 21, 2021
SRP: $39.99
ORDER WISH LIST