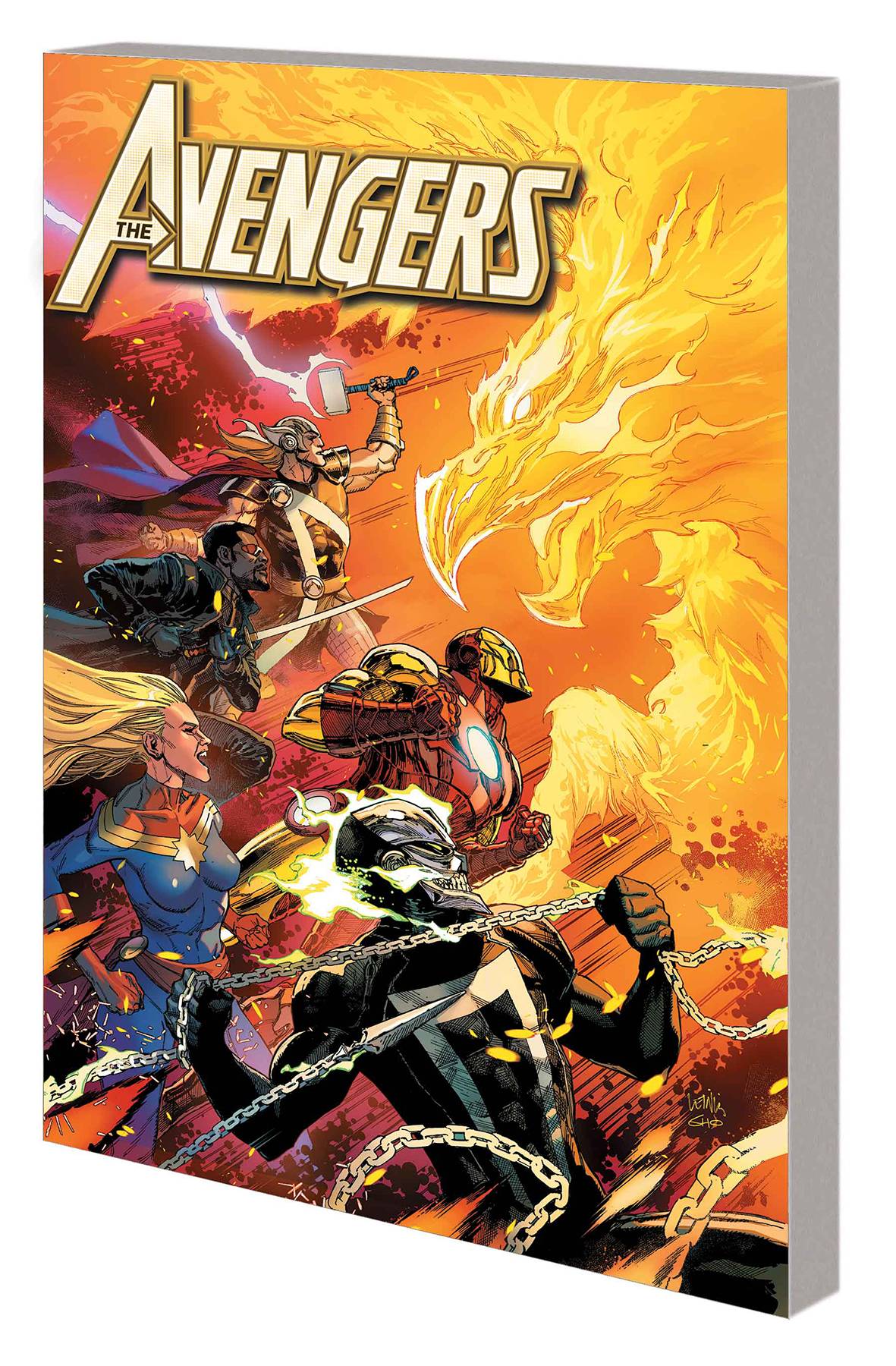 #
MAR210706
(W) Jason Aaron (A) Dale Keown, More (CA) Leinil Francis Yu
The planet-burning cosmic firebird known as the Phoenix Force has returned - and the Avengers are drawn into a globe-spanning battle for ultimate power! In the distant past of One Million B.C.E., one young girl's only crime was being born with red hair...and her destiny will change human history forever! In the present, the Phoenix Force searches the globe for a new avatar - and many of Marvel's most powerful heroes and villains are contenders! As the battle to wield the Phoenix grows ever bloodier and more desperate, Thor leads the Avengers in a fight to contain it. But the quest is complicated by the Thunder God's mysterious connection to the cosmic firebird! Who will be the all-new Phoenix?! Plus: Blade pays a dark price in the fight against the King in Black! Collecting AVENGERS (2018) #39-45.
Rated T+
In Shops: Jun 30, 2021
SRP: $19.99
View All Items In This Series
ORDER SUBSCRIBE WISH LIST