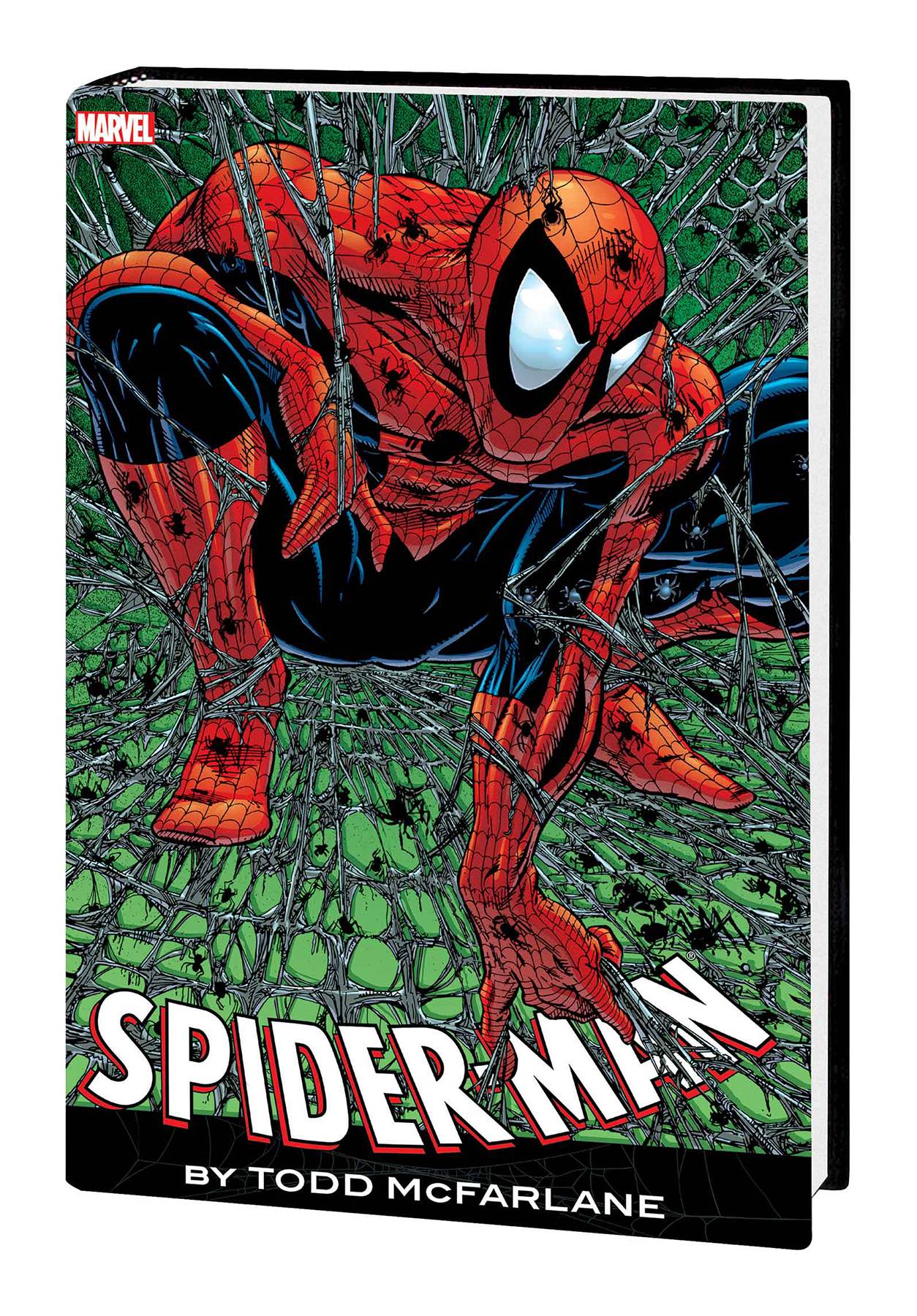 #
MAR210689
(W) Todd McFarlane, More (A) Rob Liefeld (A/CA) Todd McFarlane
Todd McFarlane became a superstar illustrating AMAZING SPIDER-MAN, but he changed the industry forever with his next project: the "adjectiveless" SPIDER-MAN! Taking on both writing and art duties, McFarlane ushered Peter Parker into a gritty new era - and it began with "Torment"! When the Big Apple's streets run red with blood, the web-slinger heads into the sewers to stop the Lizard's homicidal rampage. But what is driving his old friend and foe? Plus: Ghost Rider lends a bony hand when the deranged Hobgoblin returns, the wall-crawler finds himself at the center of a clash of claws between Wolverine and Wendigo and Pete goes back in black to face Morbius the Living Vampire! And in the ultimate nineties team-up, Spidey joins X-Force to battle the unstoppable Juggernaut! Collecting SPIDER-MAN (1990) #1-14 and #16 and X-FORCE (1991) #4.
Rated T
In Shops: Sep 08, 2021
SRP: $75.00
ORDER WISH LIST