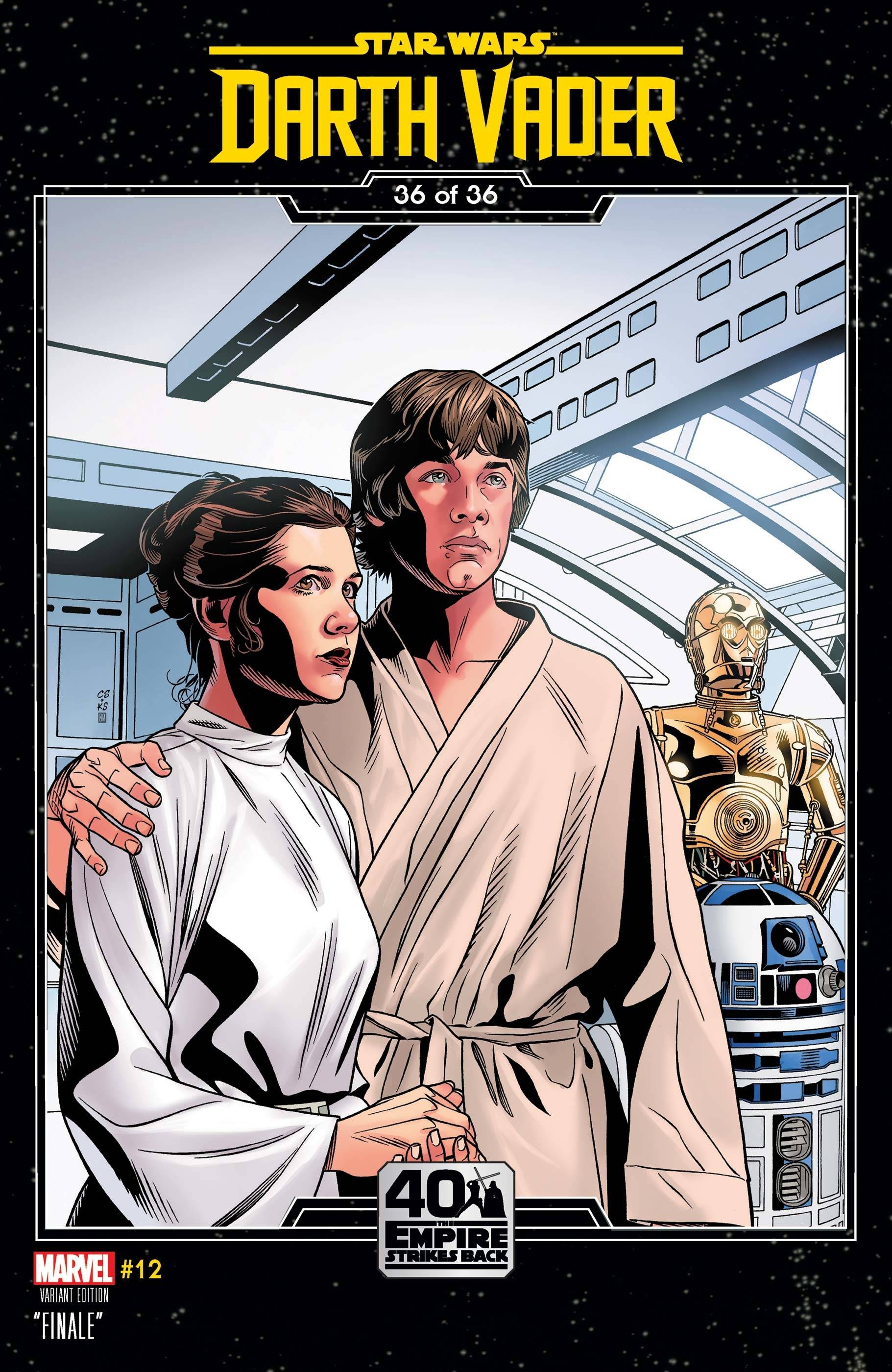 #
MAR210670
(W) Greg Pak (A) Guiu Vilanova (CA) Chris Sprouse
PRELUDE TO WAR OF THE BOUNTY HUNTERS: "RESTORATION"
•  Returned to the fold after his rebellion against the EMPEROR, DARTH VADER faces the horrors of reconstruction in the secret laboratories of CORUSCANT.
•  As he blacks out under the knife, does he still dream of revenge against his master? Or do his thoughts drift towards his son - and the friends who make LUKE SKYWALKER so vulnerable?
•  Don't miss this next critical new chapter in Vader's ongoing evolution - featuring the revelation of the first time the Dark Lord learned the name HAN SOLO!
Rated T
In Shops: May 26, 2021
SRP: $3.99
View All Items In This Series