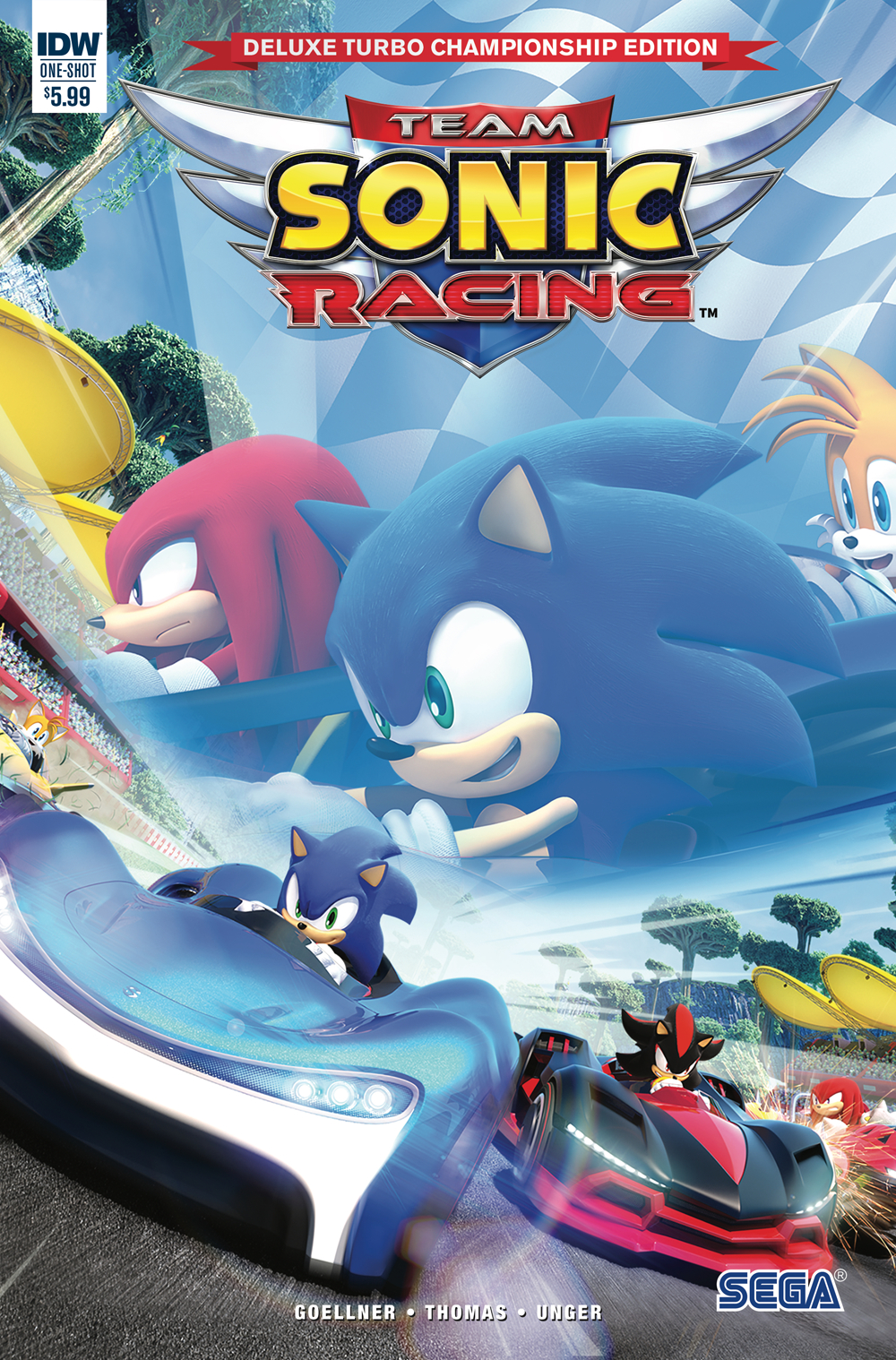 MAR190643
(W) Caleb Goellner (A) Adam Bryce Thomas
When the evil Dr. Eggman invites himself to Dodon Pa's tournament, it's up to Sonic and his friends to race into action-again! Re-presenting the hit one-shot Team Sonic Racing, the Plus Deluxe Turbo Championship Edition is so jam-packed with goodies, we had to give it a name worthy of its extras! Reprints Team Sonic Racing plus a new guide to the Wisp power-ups, a glossary of Team Moves, a gallery of in-game tracks, and commentary by writer Caleb Goellner! Releasing just in time for the launch of the exciting new game, Team Sonic Racing! The ultimate collector's edition for fans of Sonic games and comics!
In Shops: May 22, 2019
SRP: $5.99
View All Items In This Series