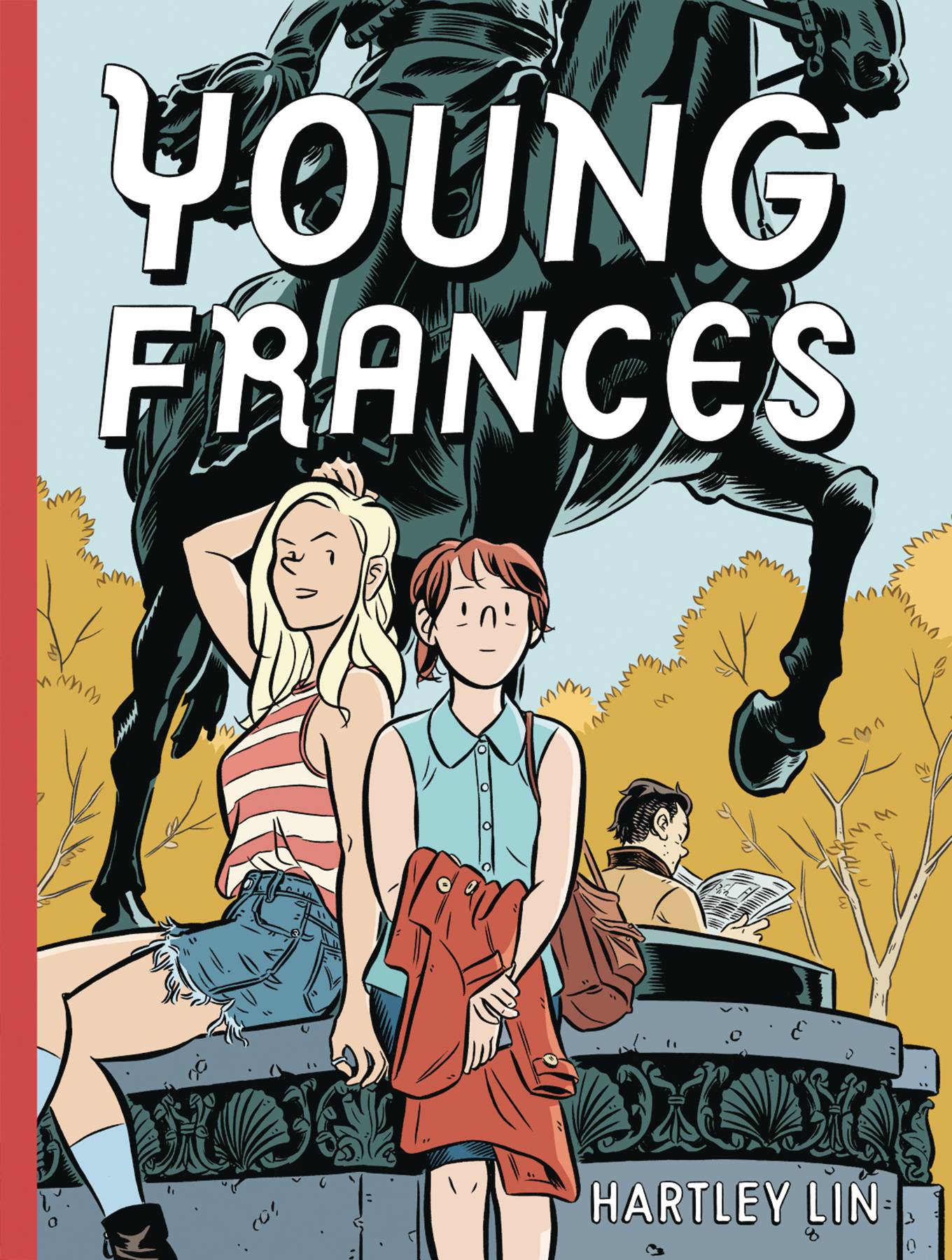 #
MAR181080
The long-awaited first collection from Pope Hats! After insomniac law clerk Frances Scarland is recruited by her firm's most notorious senior partner, she seems poised for serious advancement, whether she wants it or not. But when her impulsive best friend Vickie decides to move to the opposite coast for an acting role, Frances' confusing existence starts to implode. Hartley Lin has created comics under the pen name Ethan Rilly, an anagram of his real name, for a decade, winning several awards along the way. With his first major collection, Young Frances, he officially retires the alias.
In Shops: May 02, 2018
SRP: $19.95
View All Items In This Series